I have nurseries on my mind for a couple of reasons. One, I am designing a nursery for a client ... and two, my daughter is having a baby next month. Both babies are girls and I have had more fun playing around with ideas for them. When I first started working on my client's nursery, all she told me was that she wanted a lot of pink. So I sent her an idea board to see what she thought. I based it on colors we had used in decorating her home previously and I thought she would probably want something modern and young. 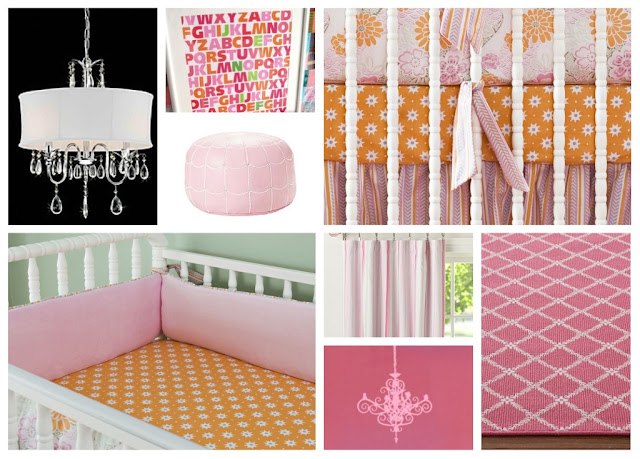 I also sent her four nursery ideas to see which one resonated with her the most to try to get into her head a little bit. (All nursery images were found here).

She chose nursery number three. It turned out she preferred something much more soft and traditional. Having a starting place made it so much easier. This is what we came up with: 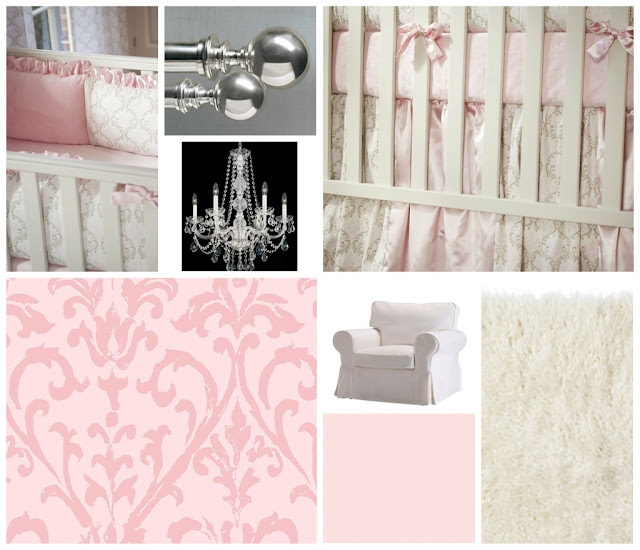 In contrast, my daughter wants her nursery to be much brighter and she is shying away from soft pink. Her inspiration was a vase of flowers that I had put in her sister's room where she stays while she is with us. 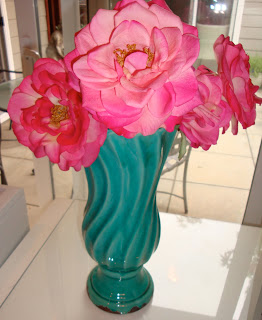 A client of mine gave us her beautiful Bellini crib that her three daughters had outgrown. We were thrilled. My painter offered to paint the crib the color my daughter chose, Tropical Teal 734 by Benjamin Moore.

We found a crib bumper at Pottery Barn Kids that was on sale that will bring in both the teal and the pink. Here is the inspiration board I made for her: 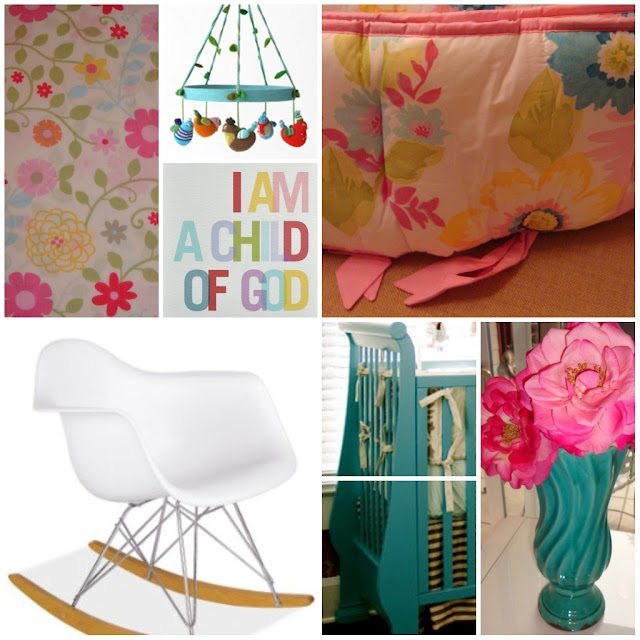 I can hardly wait to see both nurseries completed (and the sweet little girls to arrive!).

I Am a Child of God print, mobile, image of crib, Eames child's rocker
Posted by Unknown

Email ThisBlogThis!Share to TwitterShare to FacebookShare to Pinterest
Labels: nurseries

I love soft and tradicional!

These are all really pretty. Have you ever looked at Annette Tatum's nursery designs and fabrics? They are lovely too. I have 6 yards of the soft pink and beige tiny damask that your client chose in my workroom right now. I was going to use it to line my bookcases, but didn't. It sits waiting on me...

Hi Amy, I LOVE her Suzani and Ikat fabrics for crib bedding. If I just had one more room in my house I would be making a nursery for this new little girl in my house too and her fabrics would be a top contender!

All so pretty! Cannot wait to see how they turn out!

I, too, am expecting a granddaaughter in December and cannot wait. We are working on her nursery right now. This is great inspiration. Cant wait for you to show pics of that beautiful crib occupied!

What a beautiful moment! Having you to design a nursery would be amazing! Come over!!!! :-)

I'm truly happy for you and excited too! :-)

I like the inspiration board! But what about the pottery barn butterflies! And also, how cute does that black and white stripe look with the teal crib? Maybe for baby number 2? :) xoxooxox

MrsS - I couldn't find an image of the butterflies - it has been discontinued .. so glad we got it when we did! I put the blah blah one in instead for fun ;)
I like the black and white as well... something to think about!!!

SUCH an excited time. Love how you are painting the crib. All so lovely. Some of your photos did not show up...is it just my computer?