A few months ago I started a kitchen renovation (if you missed part one your can see it here).  The client liked her cabinets but we needed to make a few adjustments as she needed a new (and larger) refrigerator. She did say she was willing to paint the cabinets (smile). She also wanted new countertops, a farmhouse sink and wanted to update the lighting in the kitchen. Her dining area, on the opposite side of the kitchen was also small and they wanted to be able to seat more people around the table.


As with most projects, there are things that a client is willing to change and things that they want to stay. In this case, one of those things that the client loved was the tiled rooster mural. So that is where I started. 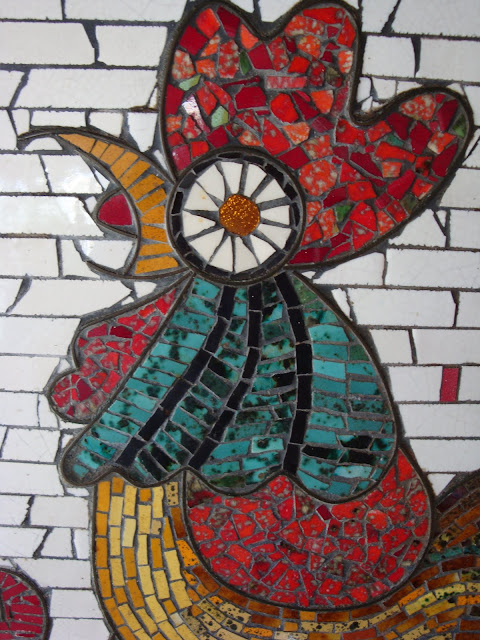 Since this house sits right on the water, I decided to use the blue/green colors of both the water and the rooster tiles as my inspiration. I covered the window seat cushions in a deep aqua outdoor fabric, painted the cabinets my 'go-to' white (Dunn Edwards Swiss Coffee), installed a honed black granite and a 30" Shaw farmhouse sink, new 2x4 white beveled subway tile to frame the mural and added bead board on the wall below the window seat to tie in the kitchen cabinets. (We also changed the cabinet doors to give a more updated look with euro hinges and removed the busy looking curve). 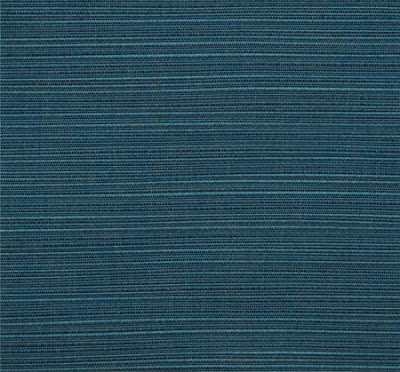 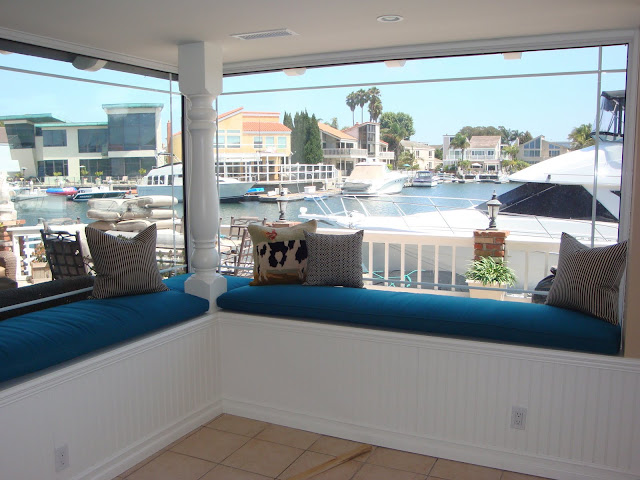 But the biggest, and most dramatic change was in the ceiling lighting.


The existing lighting was outdated for sure, but the worst part was the ceiling was low. Very low. So rather than just update the lighting, we did a little raising of the ceiling as well:

After we raised the kitchen ceiling and saw the impact it had on the room, there was no way we could leave the dining room ceiling the way it was. The ceiling had two levels and way too much going on. In fact, the drop ceiling was so low I could touch it. It made the room dark and closed-in and hard to notice the incredible view outside the windows. We had not even considered changing the ceiling originally, but after seeing what raising the kitchen ceiling did there was no way we could not try the same thing here. I have to add that this client was amazing to work with and so agreeable to everything we suggested especially since this was a huge budget increase and not something she had asked for.
When you are dealing with a home that has had multiple owners, you never know what you are going to find when you tear open a ceiling. We were not sure we could raise it but it was worth a try, so we knocked a hole in it and took a look around. We couldn't raise the entire ceiling, but we could mimic what we did in the kitchen. The change was dramatic and one of the best improvements we did! 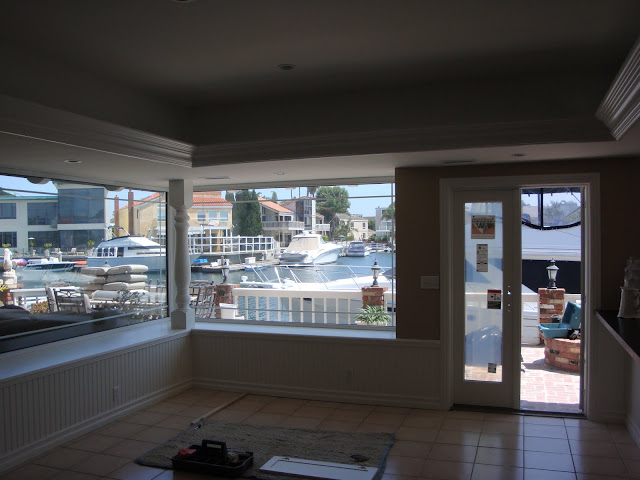 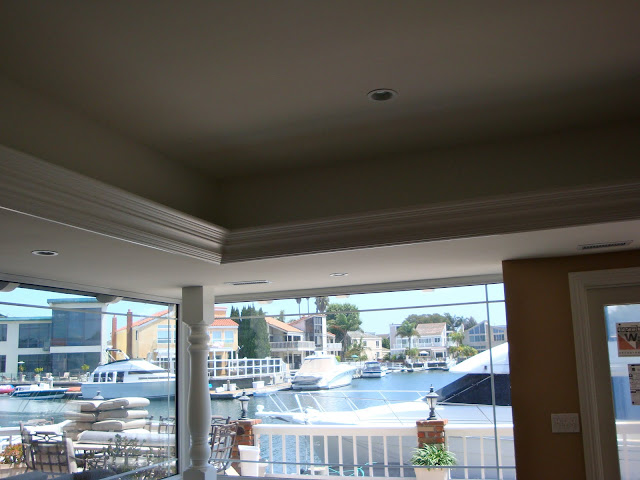 Another thing I decided to do was to change the position of the dining room table and borrow space from a small sitting area. The existing room was set up to have a small table running under the previously dropped ceiling. That left a little space around the fireplace for a sitting area. But it was not enough to seat more than three people and even then it was cramped. So we opted to give up the small seating area to enable a large farmhouse extension table that could seat 12. And that is what I will share in part three...
Posted by Unknown

Email ThisBlogThis!Share to TwitterShare to FacebookShare to Pinterest
Labels: kitchens

It looks great, Sherri! You should do a whole post on Euro hinges. I don't think most people know that you can use on framed cabinets ... and it makes a HUGE difference in the look. Love it!

I love how the new cabinets look. And thank goodness you got rid of that column holding up the hood. What a pain that must have been!

It looks so MUCH better Sherri! You did a great job.

What an amazing transformation, Sherri. You did a fabulous job. Thanks for your visit to my blog - hope you will come back often!

Sherri,
What a change! It looks amazing! Love the new look, so fresh and light! That view is fabulous! I think my coffee would taste a whole lot better if I was looking out those windows every morning!
Rebecca
P.S. What flea did you go to? I used to go to the OC one when I was out there, the LB one was really small back then, heard it's really good now.

Wow...what a beautiful before and after! I couldn't imagine that mural looking so great...it's amazing how you brought it all together. They must be thrilled!

Thanks everyone! I can't wait to show you the true 'finished' kitchen ;)

Sherri, what a great makeover. Your client must be so happy! I can't get over the view too!

Can hardly wait for part 3.

Love the new and improved kitchen. It's so much brighter and beautiful now! Great job, Sherri!