Beaded chandelier as an exclamation point

Remember the project where I moved my client's dining room into her living room? You can read about it here and here and here. The rooms were finished for the most part, but we have been waiting on a couple of things (a rug that is still not here) and a chandelier. 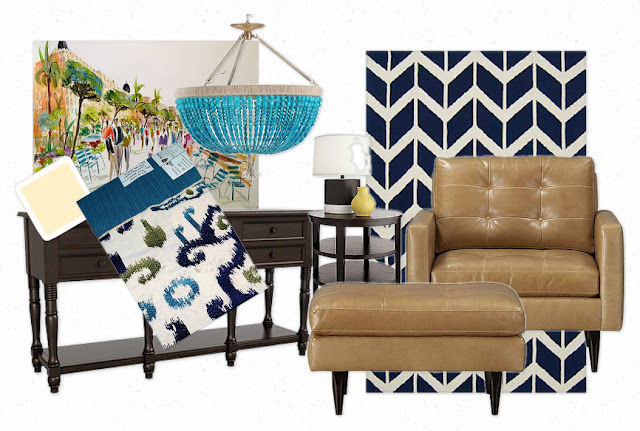 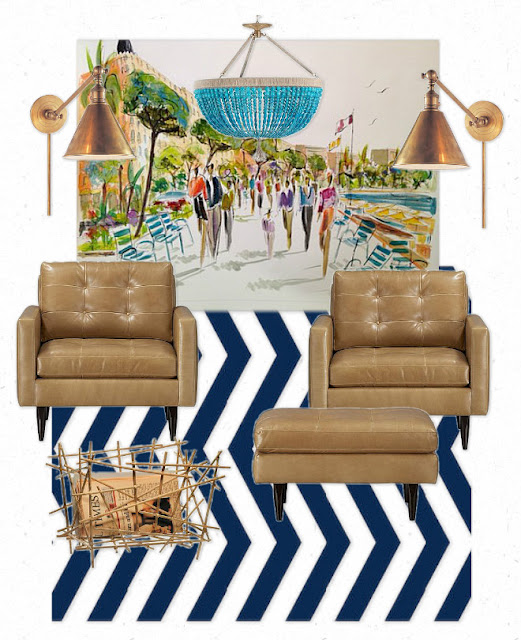 I thought you might like to see how the sitting room looks with the new chandelier in place ... 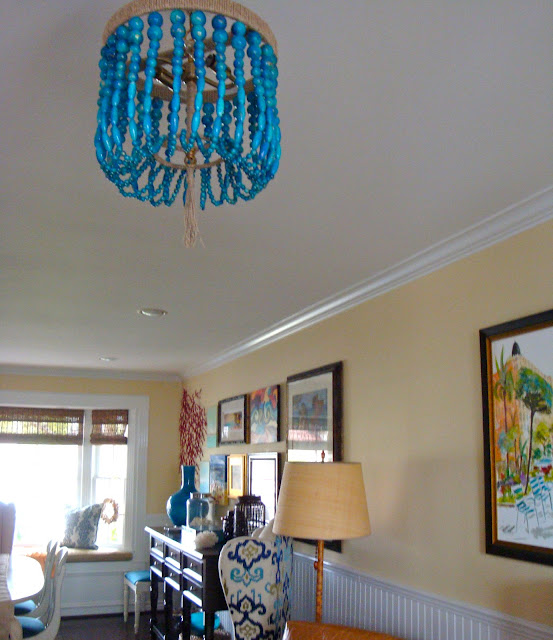 I love the impact it makes ... like adding an exclamation point! 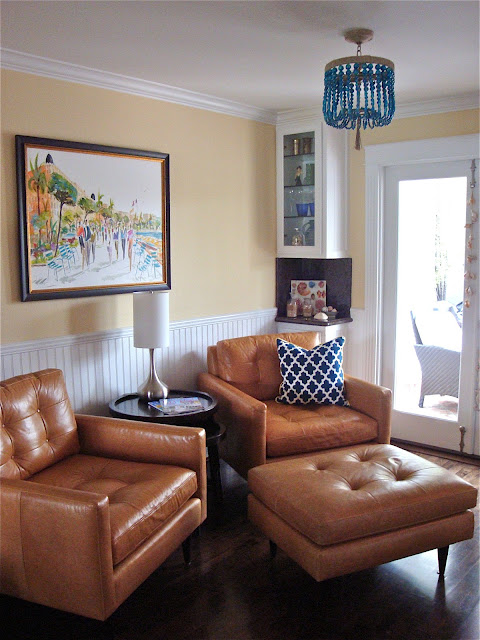 Remember, this was where the dining room used to be and it had a chandelier hanging over the table. Rather than patching the ceiling where the chandelier was, I thought it would be nice to put something fun in its place. 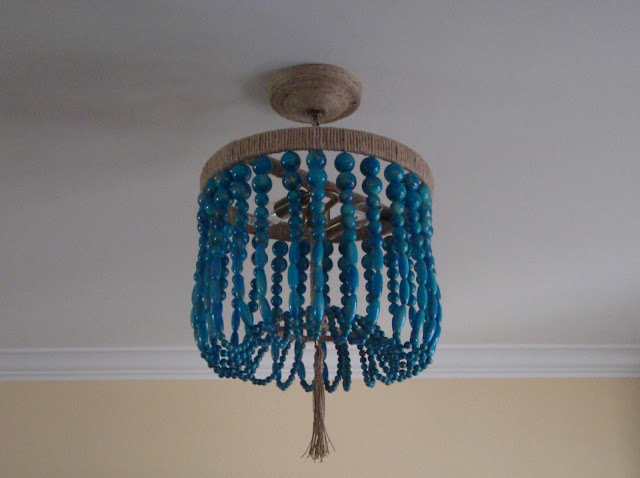 
We decided not to place a chandelier over the dining table in its new location for a couple of reasons - one, was that the table is off center from the current recessed lighting and it would be a "project in itself" to move them all in order to accommodate a chandelier. And most importantly, the room has enough going on visually with the art wall and a chandelier would have overwhelmed the space. Putting the chandelier in the sitting area balances both rooms and brings in a nice pop of turquoise. I like that it carries your eye over to the sitting area. 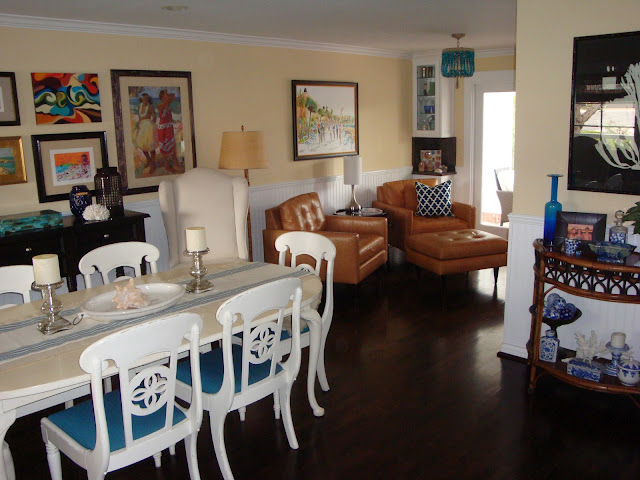 The area rug will cozy up the sitting area ... but if it never comes I am not sure it would be the end of the world! 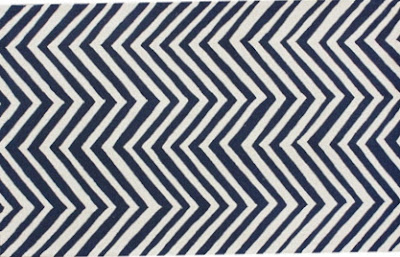 It's so fun Sherri and it really defines that sitting area too. And it's unexpected which is also a nice surprise.

It all looks so good. That chandelier is amazing!