This week I am doing what I love best (well, as far as work goes) ... and that is putting things back together after a remodel. Don't get me wrong, I like all of it - the planning, the selecting of materials, and seeing it all come together. But what I love the most is having that clean slate to come back in and style everything. 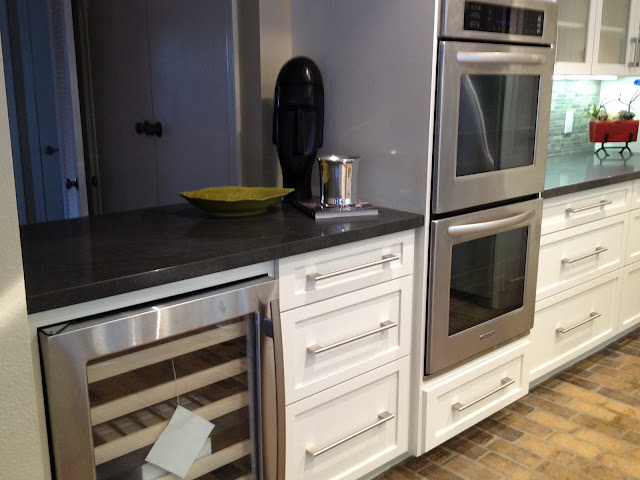 A quick "styling" to the newly finished kitchen

Today I will be working on two little girl's rooms - the one I posted about here - organizing one of the closets, adding artwork, decals and hopefully hanging the rods for the new curtains for closet doors and shelves. (My handyman was involved in a head-on collision and my not be up to par to help me out afterall (so glad he is okay!) ... this may be a test of my "construction" skills as well!). 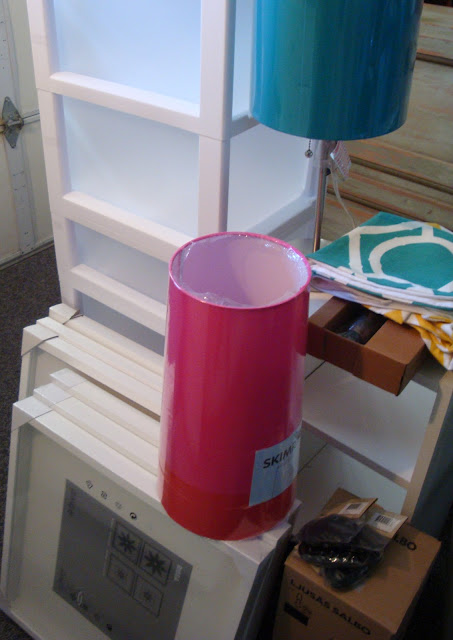 Later in the week will be putting the finishing touches on the new kitchen remodel and most importantly, sprucing up the room that is next to it to make it look as pretty as the new kitchen. (Don't you just love how one improvement leads to another!?!) I hope I will get some nice photos to share with you later in the week. In the meantime here are a few updated photos of the kitchen remodel. 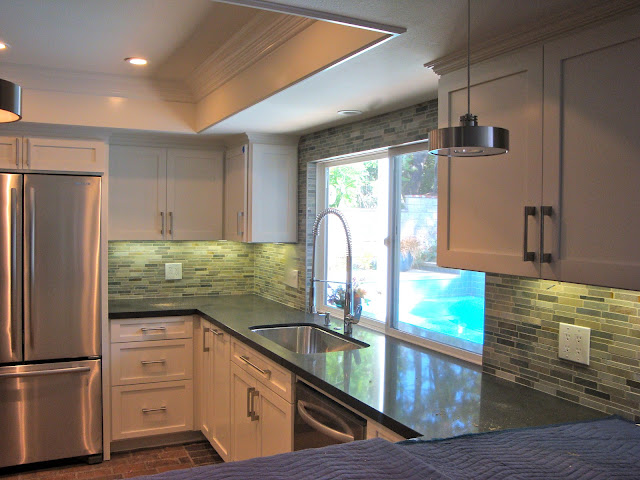 This is the kitchen where my client had the bet with her brother that it could not be finished in the 8 weeks that was proposed. Well, we won the bet ... we finished it in just 4 weeks and one day! We kept the original footprint of the kitchen and the client wanted to keep her brick floor. Here are a few photos of what we started with followed by what we ended up with. Keep in mind that I snapped some quick photos while the guys were finishing up and if you look close you will still see some blue tape and sawdust around: 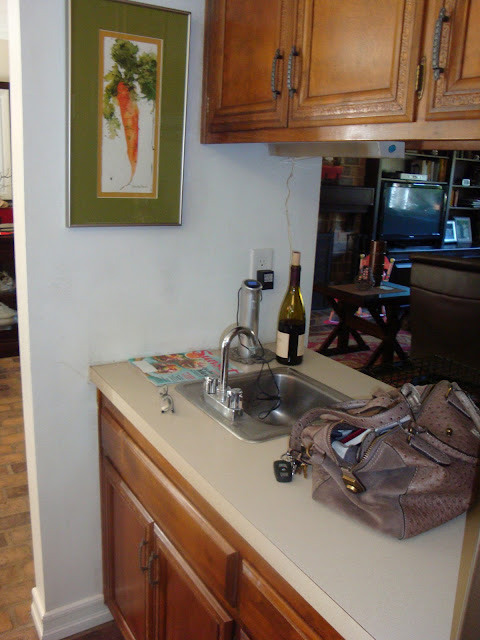 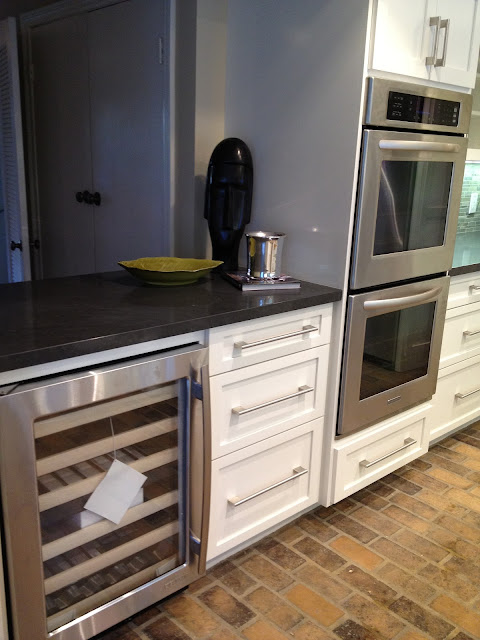 We removed the upper cabinet over the old 'wet bar' to open up the room and we also took out the sink. The client liked the sink and wanted to keep it, but as we discussed it further it was decided that they rarely used the faucet and really just liked the sink to fill with ice to keep their wine cold when they entertained. We toyed with the idea of a faucet-less sink with a drain to be able to keep the ice idea (really just a big recessed ice bucket) but in the end we decided that counter space was more of a premium and took it out completely. The new wine refrigerator will be a nice asset. 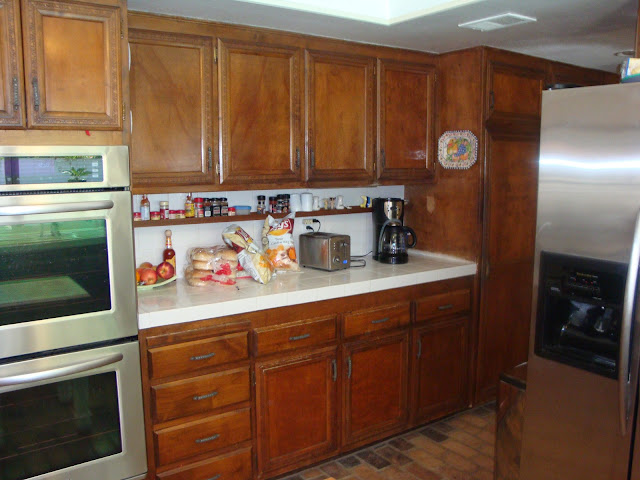 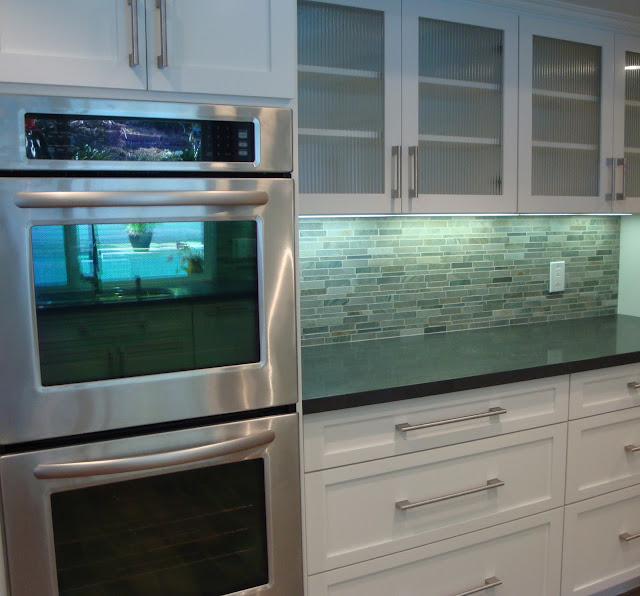 Here we just it cleaned it up a bit. The glass doors on the upper cabinets give the sense of openness and the client asked for all drawers where possible. I am 100% for drawer storage when you can - it is so much more functional! We moved the spices to a new cabinet over by the new cooktop. The most dramatic change was the pantry area that was on one side of a hallway and it felt crowded and tight. I didn't take an after photo (they were working on the drawer pulls still) but you can get the idea below... 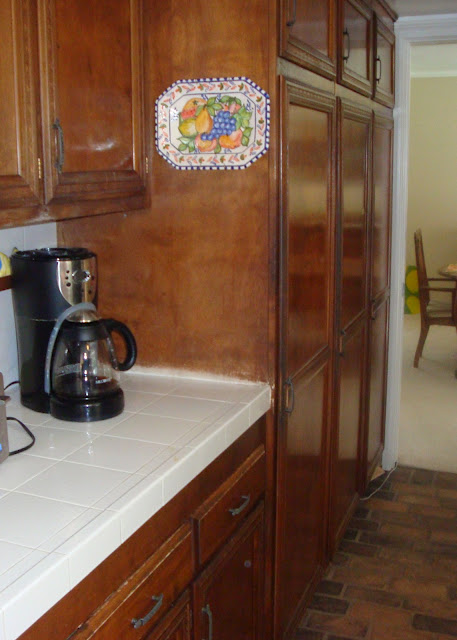 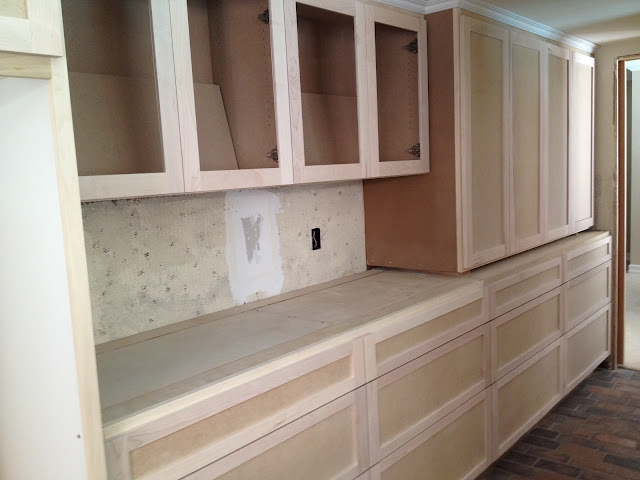 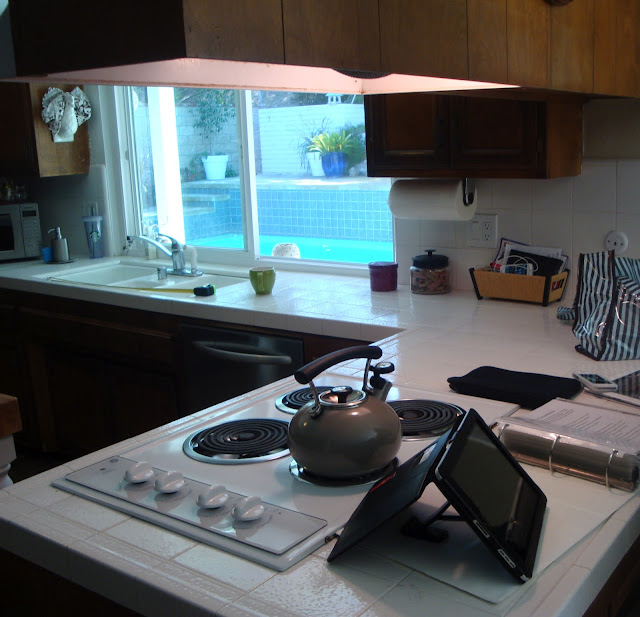 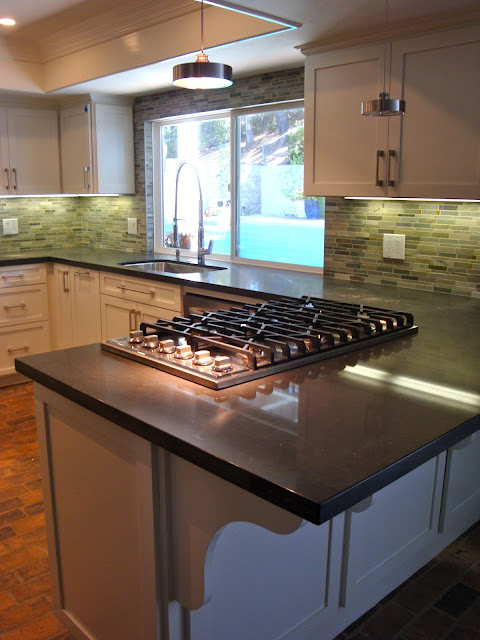 We removed the upper cabinet above the existing cooktop here as well to open & lighten up the space. As with most construction when you start tearing things apart sometimes things are discovered that are not expected ... sometimes things that are not so good (pipes in the wrong places) and sometimes there are nice surprises. The existing cooktop was electrical and as much as the client would have liked it, running a new gas line was not in the budget. But when they tore out the old cabinets they found a gas line already intact. What a gift! The Viking cooktop will be a fun new toy I am thinking. 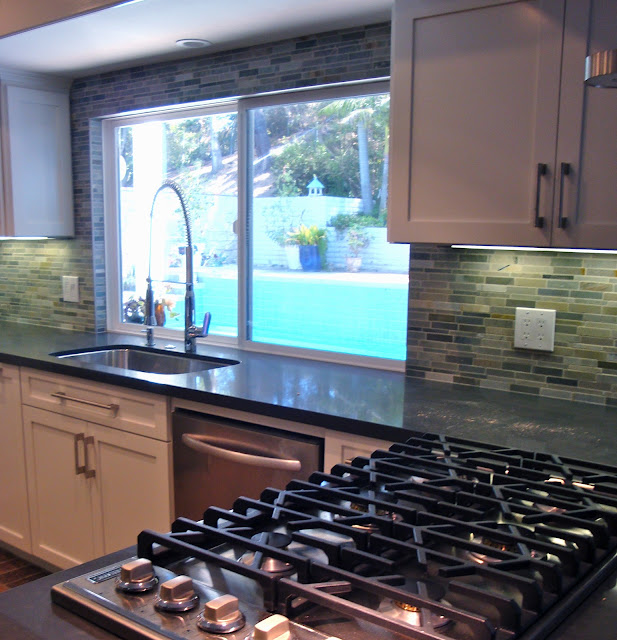 Happy Monday everyone! What are you up to this week?
Posted by Unknown

AMAZING! Looks wonderful. You did all that in a month? Bravo!

Beautiful transformation...and all in one month?! That's impressive.
xo
annie

Wow!! It looks simply beautiful! Love the cabinets and the floor!
You must feel great after all that transformation.

Beautiful transformation!! what a nice bright kitchen.. love it!

Wow, it is quite a transformation - it looks so nice. It's bright and fun! I love all of the drawers that we have as well - would definitely do more of the drawers in our next kitchen renovation.

What a great kitchen. That's a lot of work for a month!

What another great transformation! Incredible!