When my kids were growing up we often had a pet fish. I say "often" because they didn't last too long. We tried a fancy aquarium once, but most of the time they were just in a little bowl sitting on top of the kitchen counter. Goldfish mostly. Sometimes they were brought home from the school carnival, our winnings for the day ... and sometimes we thoughtfully picked them out at the local pet store. 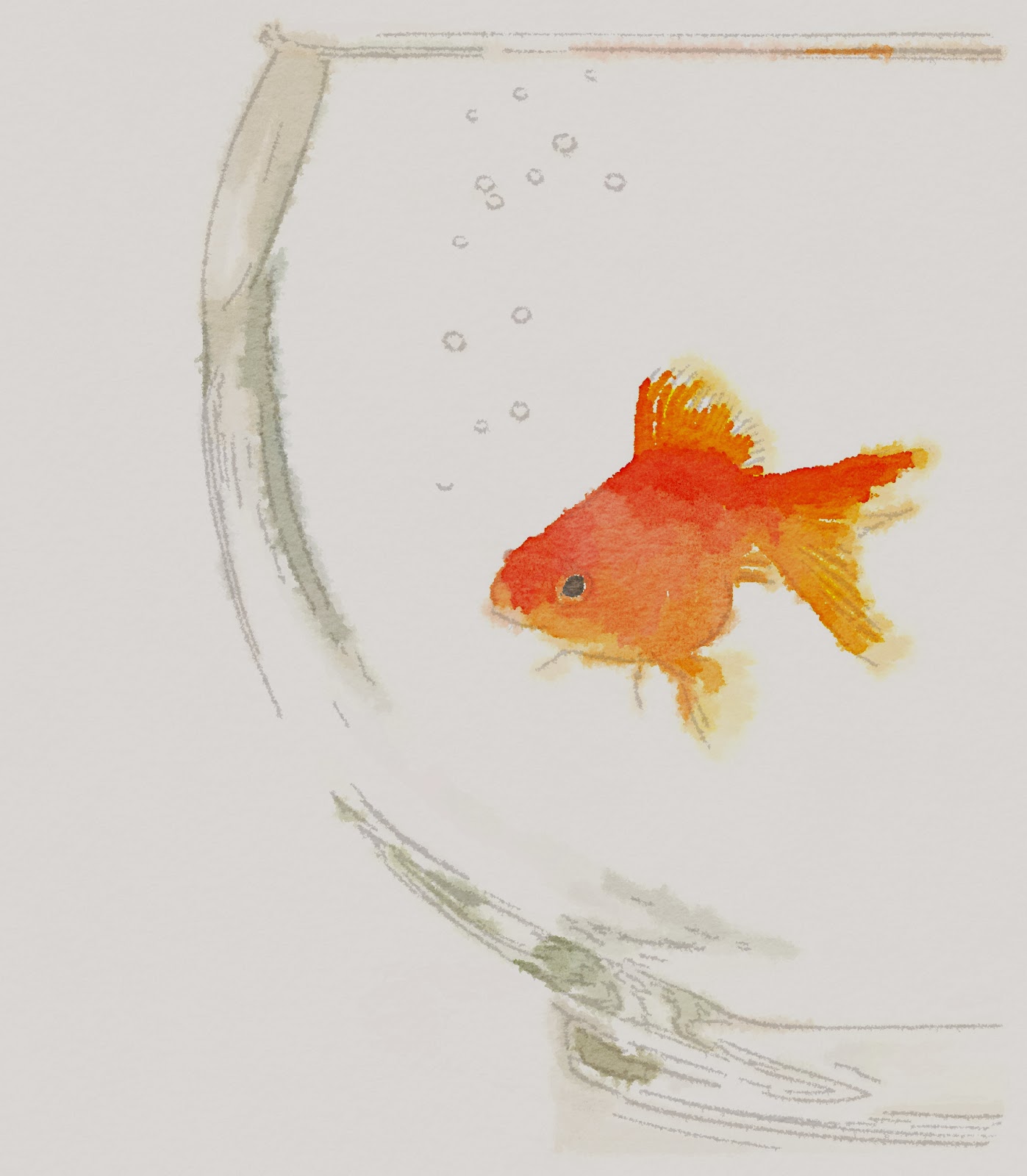 It was the saddest thing when they would die. We had a ritual that we would do each time to properly say, "good-bye". We would sing "For he's a jolly good fellow..." and then flush the fish down the toilet.

We stopped getting fish at some point - because it was just too hard to lose them. Until Theo. Theo was my youngest daughter's Betta fish. She bought him when she was still in college and he kept her company in her apartment. She really loved that little purple fish. When she moved to the farm, Theo went to live with my oldest daughter, the one who is married with a two-year-old little girl. 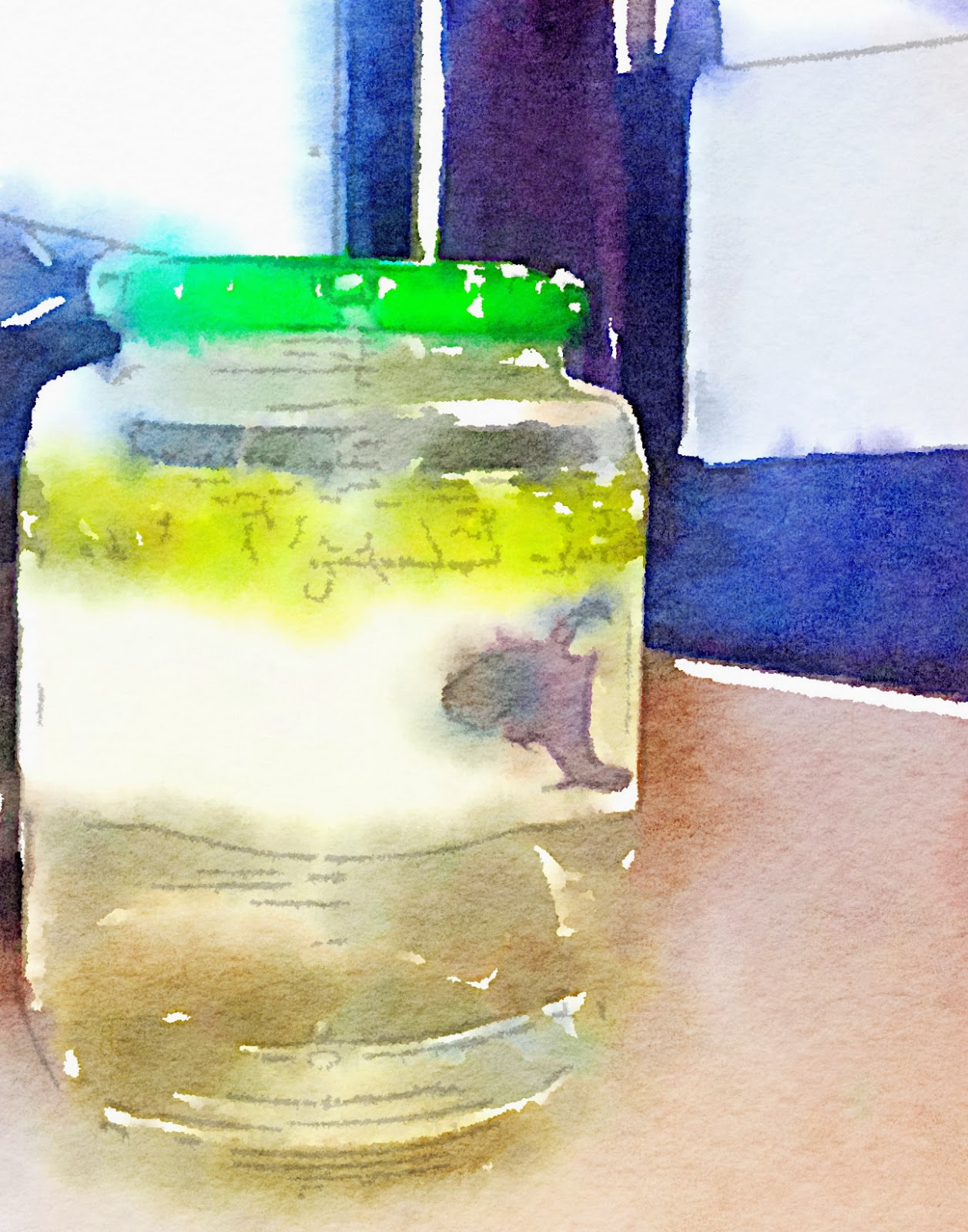 Theo traveling on the train to his new home.

They loved Theo too but one day he came along on one of their visits to my house and when they left, he stayed behind. He became a good "friend" to me, sitting in a clear vase on my kitchen counter keeping me company while I was cooking or cleaning up the dishes. He seemed such a happy little fish, always flapping his little fins when someone came in the room. 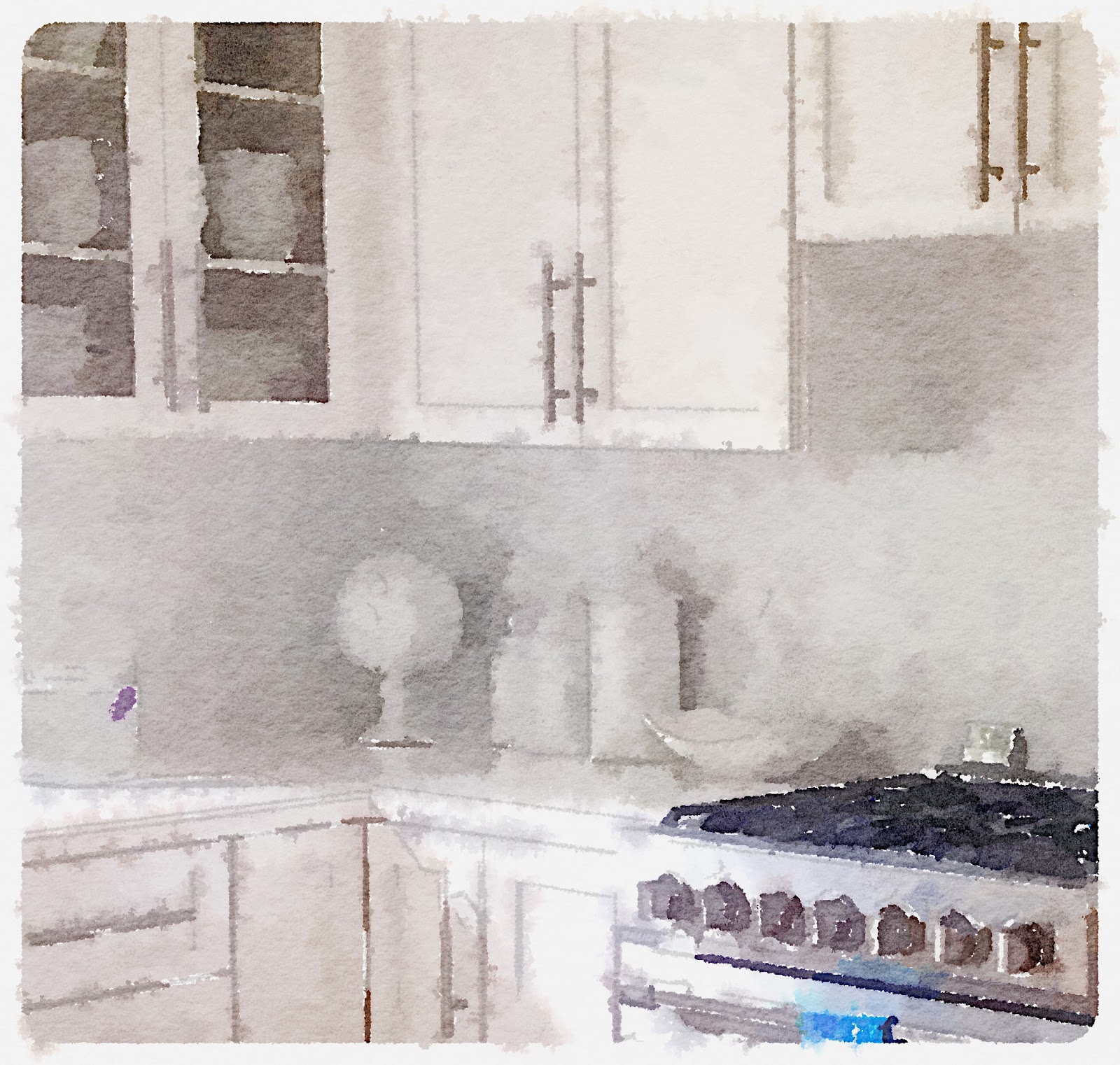 Theo, the bright spot in my white kitchen.

When our weather grew really cold this year, I noticed he was struggling a bit. My daughter explained that he is a tropical fish and the water was probably too cold for him. I tried to keep the water warmer and my mom even knitted a "sweater" for him to go around his bowl to keep him warm. It helped. 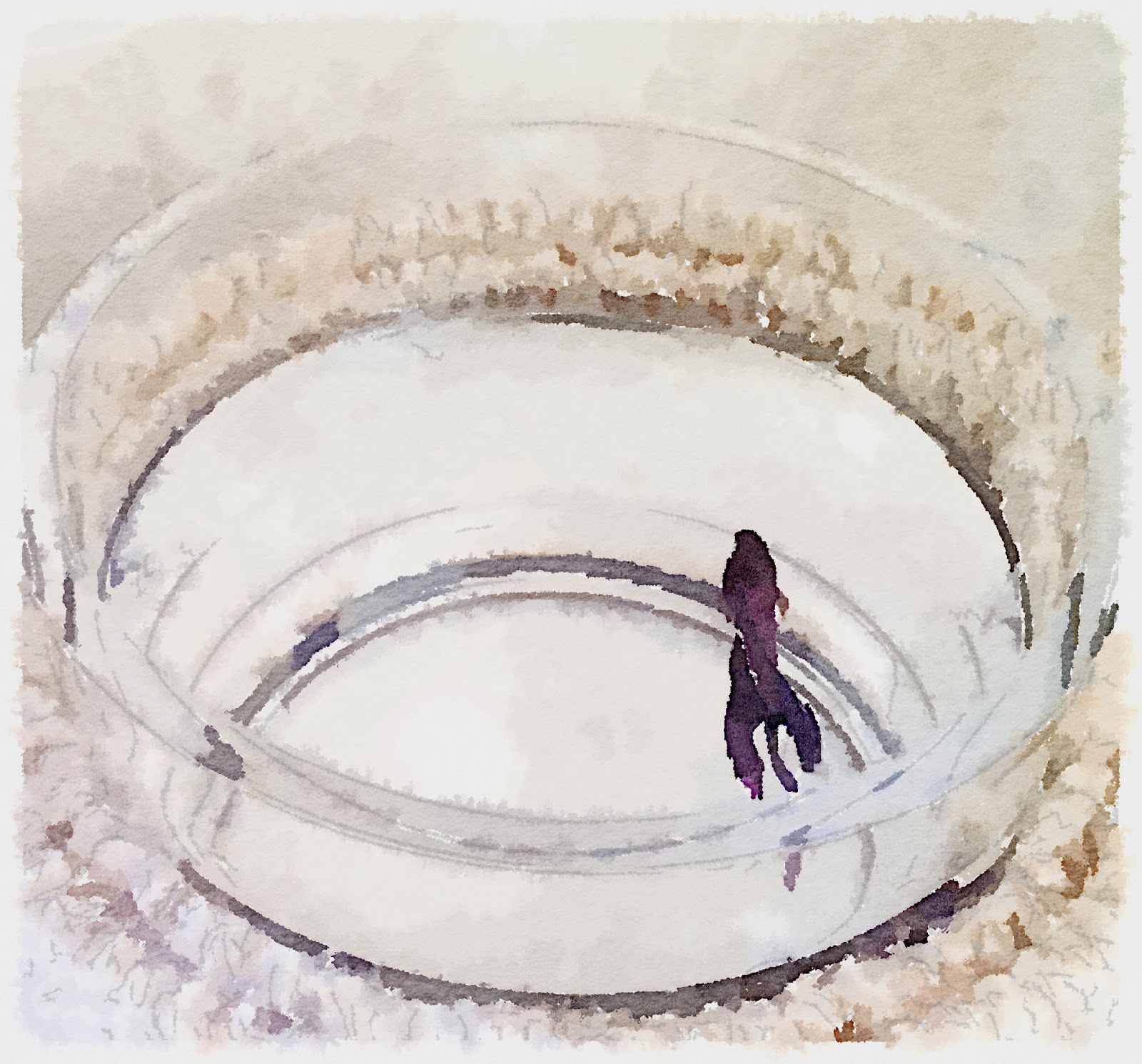 But as the weeks went by, it was clear he was getting old and tired. He started to lose his purple glow and he stayed in one place longer and longer. Sadly, I knew we would lose him one day, and I also knew that when he died I would not be able to flush him down the toilet. He was too much a part of our family. So today, after I found him quietly lying on the bottom of the bowl, I scooped him out and laid him in a little hole my husband had dug in the front yard, just in front of our Crepe Myrtle tree - the tree that blooms beautiful purple flowers almost as vibrant as he was. 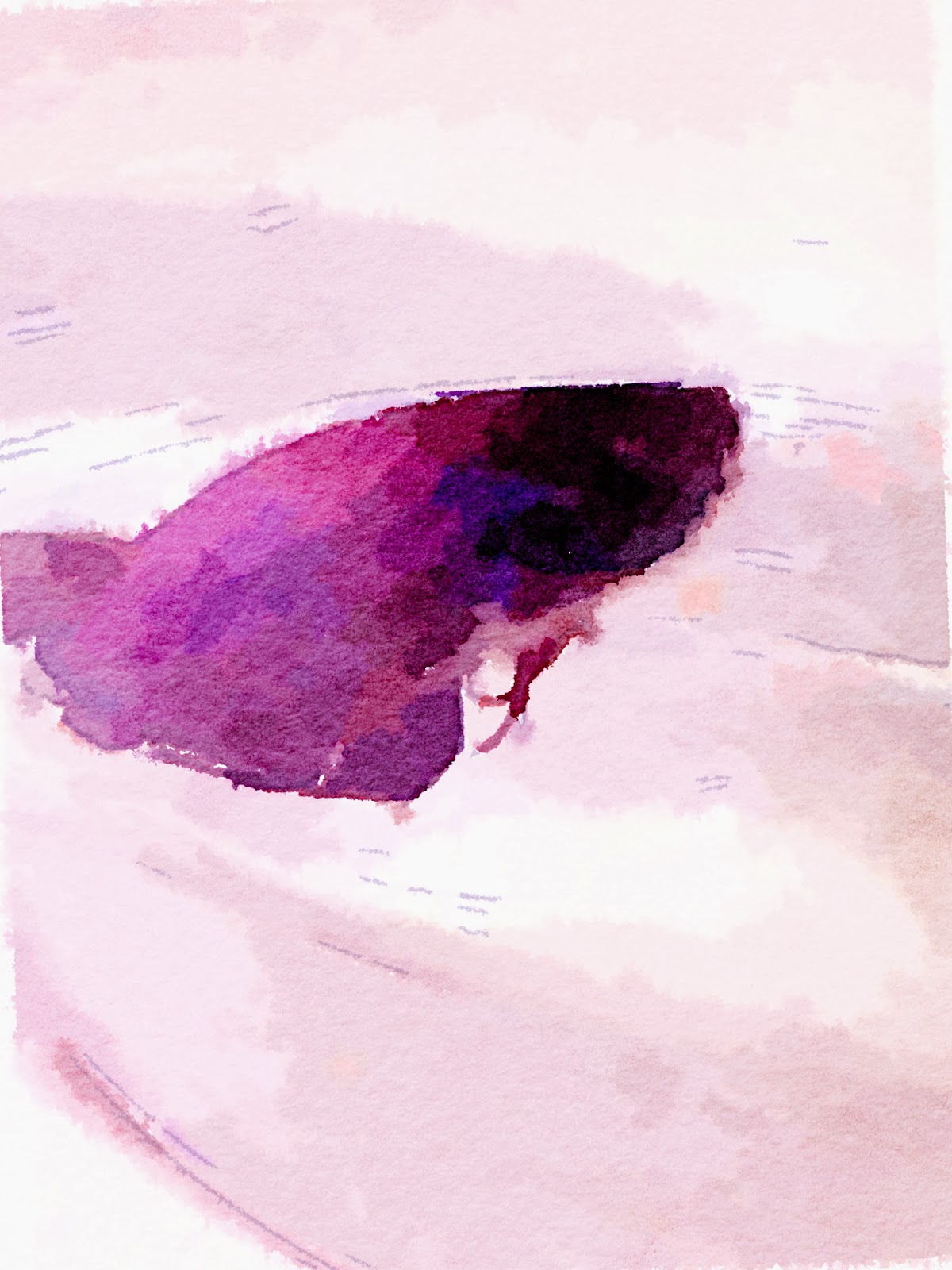 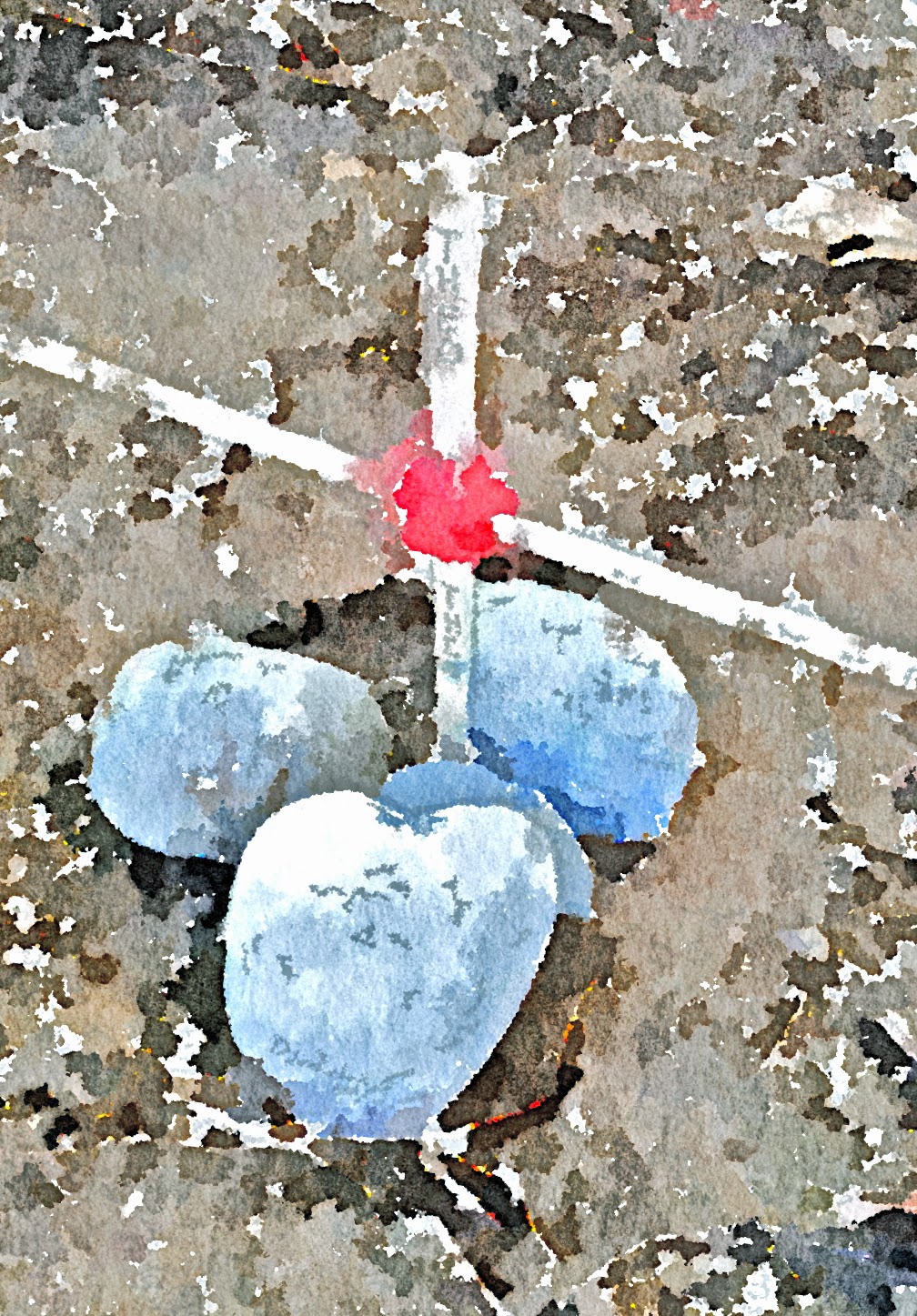 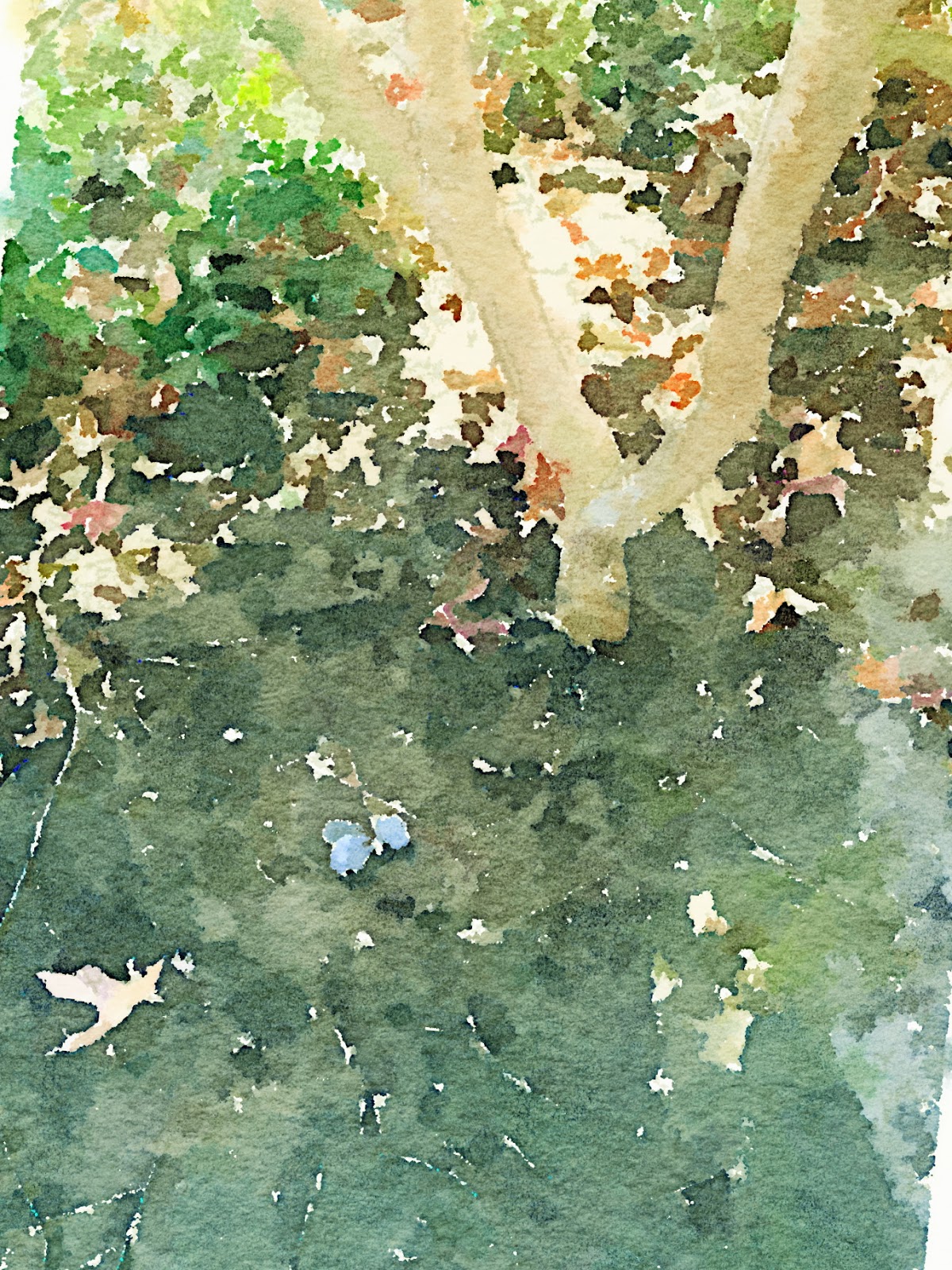 Rest in peace sweet Theo. We will miss you!

(The photos were "painted" in Waterlogue.  Have you tried it yet?)
Posted by Unknown

Sorry to hear about Theo. We lost our beta fish, Bert, last fall...during the first really cold week of winter. Like Theo I noticed him struggling that week, staying close to the bottom of the bowl. One morning I went in and saw him at the top of the bowl, thinking he had made a comeback...uh yeah, no. He was our boys first pet and that day was our first fish funeral. Hope you don't mind me telling my boys that Bert got a new friend in fish heaven named Theo.

That is really sweet Nancy ... so sorry you lost your little pet too. LOVE the name BERT by the way! xo