A room for Legos 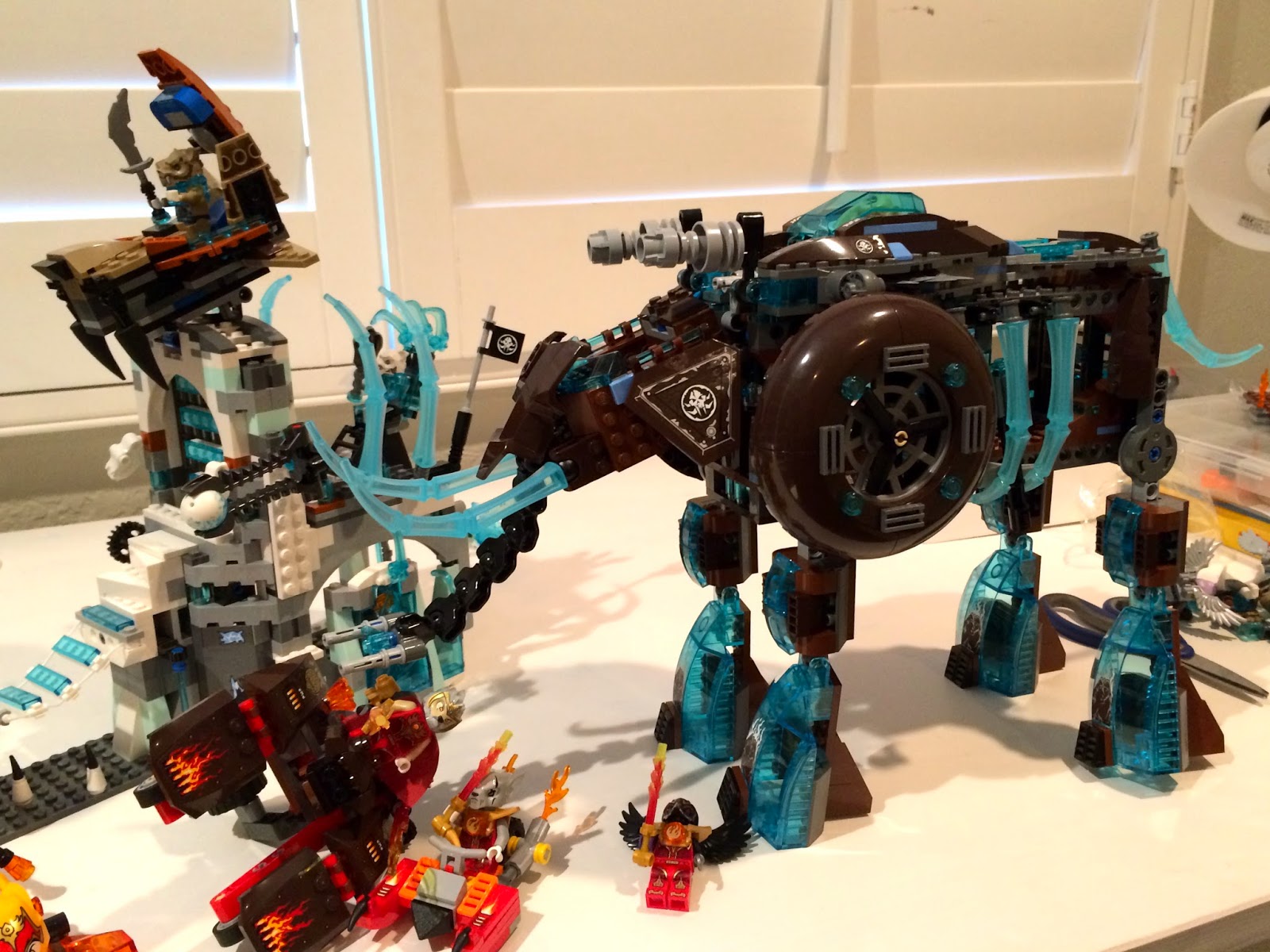 Yesterday was the final install day for the two boys' bedrooms I have been working on. The goal of this project was to give each boy his own room with adequate storage and play areas. The client requested a desk for each boy and stressed that they had a lot of Legos. The budget was $5,000 for both rooms.  The design was an easy process ... getting everything else done was not. It took a while to coordinate everything with the client (she is one busy lady!!!) and then everything that could go wrong with the deliveries, did (delays, wrong pieces, more delays...). But finally all the furniture is in place and these boys have bedrooms to sleep and play in. 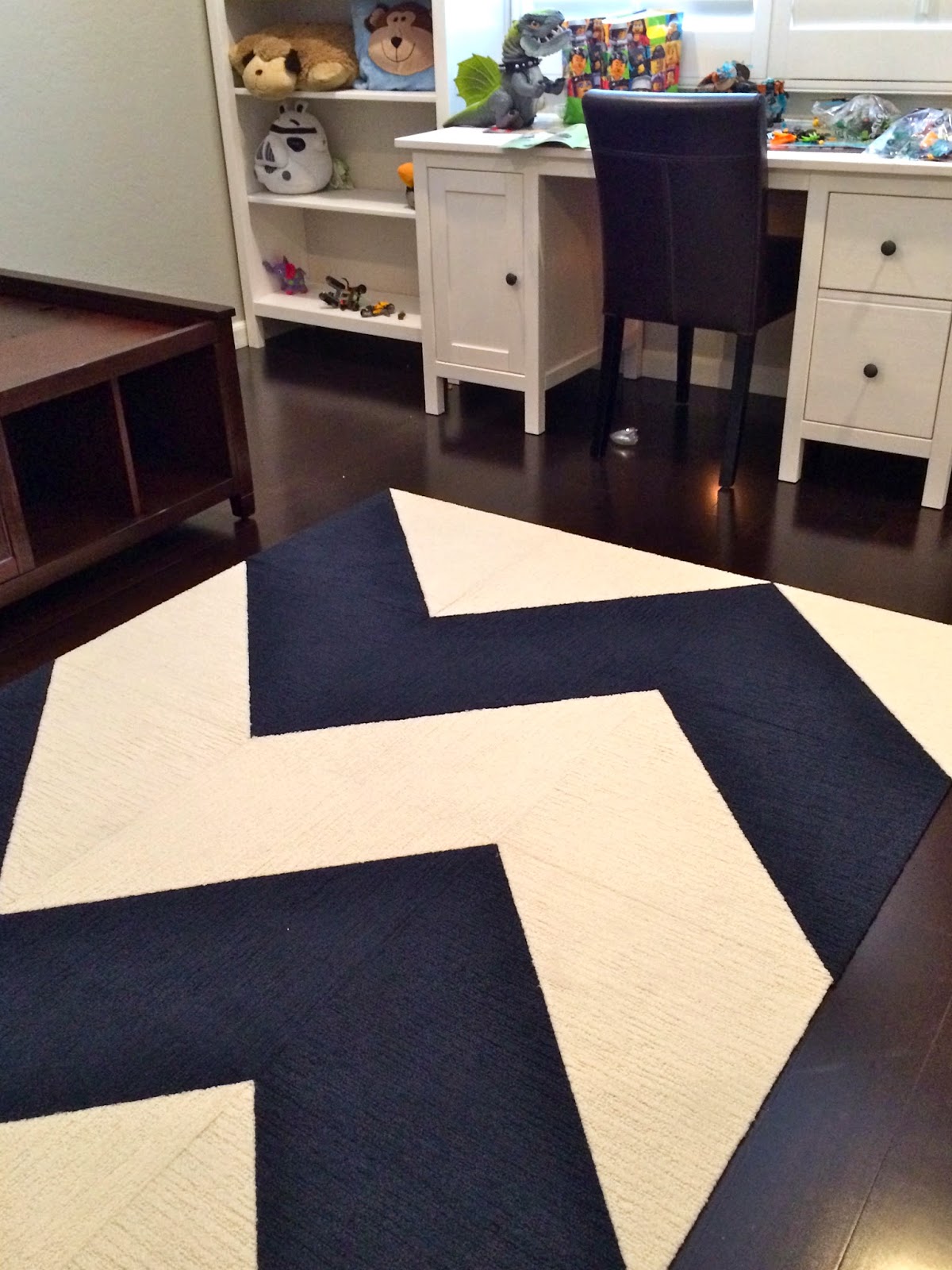 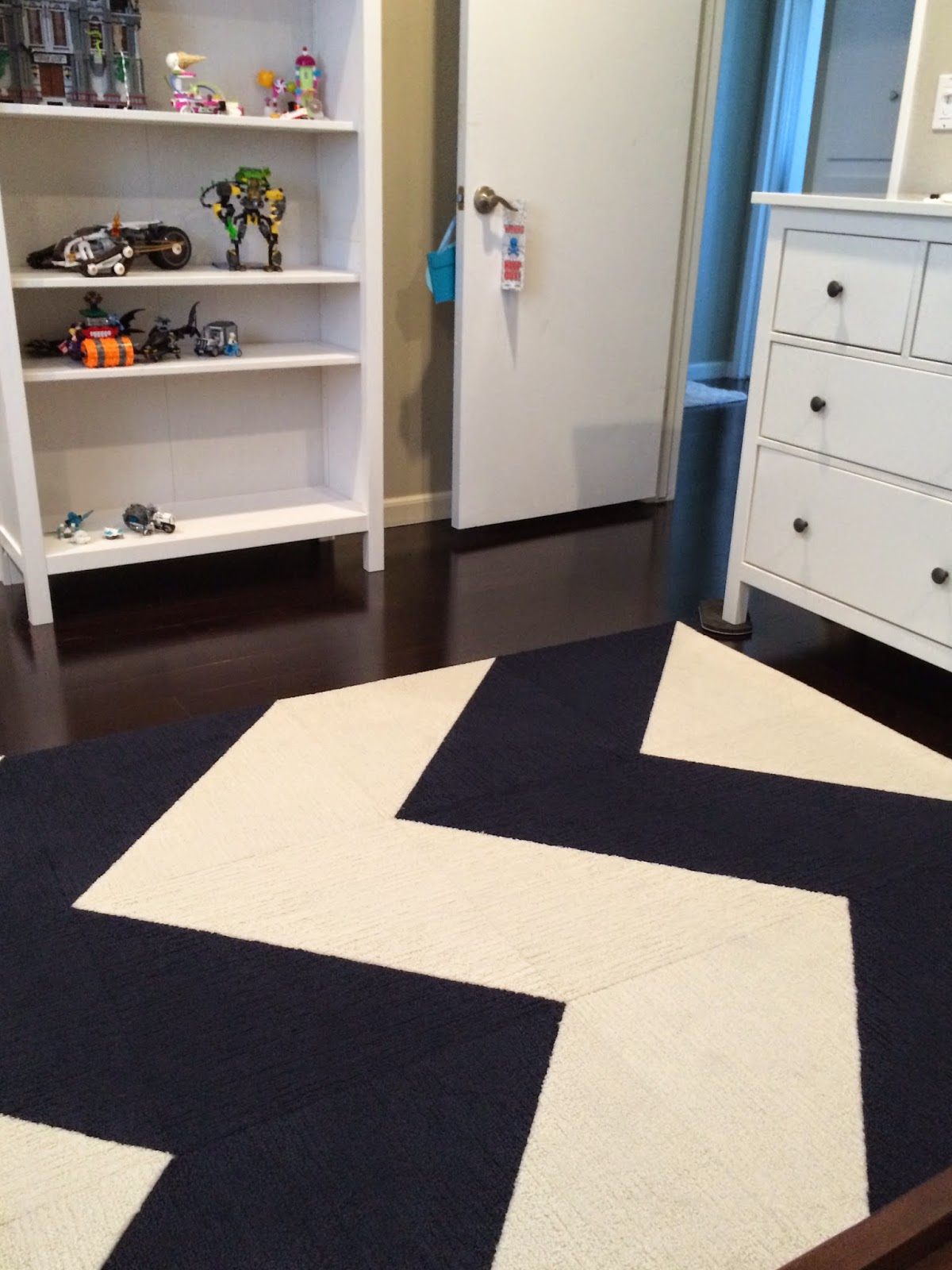 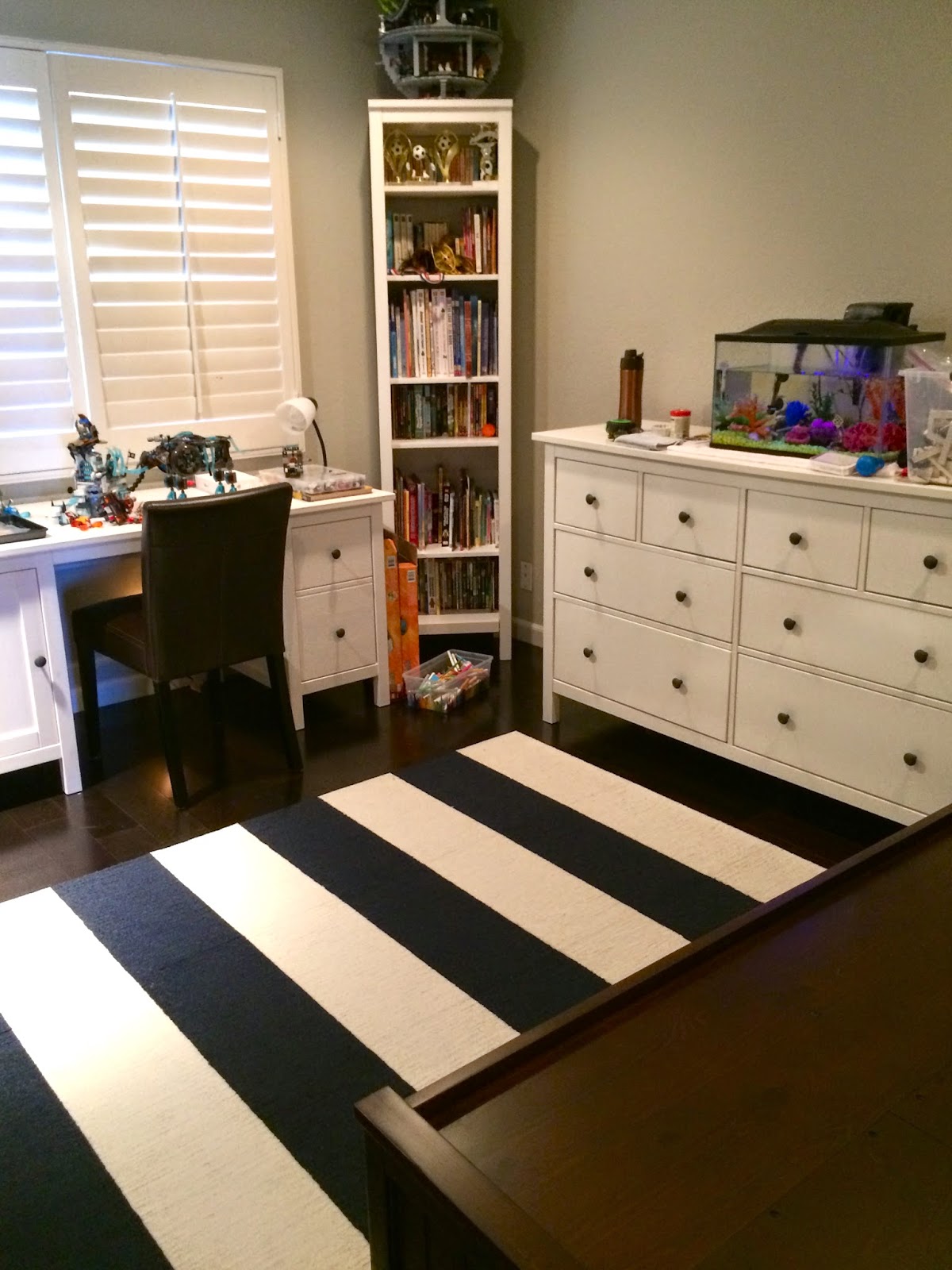 I went up to supervise the bed delivery and assembly, and took my new intern (thank you Ashley!) to help me install the new FLOR rugs that the client had purchased. I had specified different tufted wool rugs but the client opted for these FLOR rugs instead. I think they are a good compromise. I love that they will be easy to care for and I think she did a great job selecting the colors and patterns. 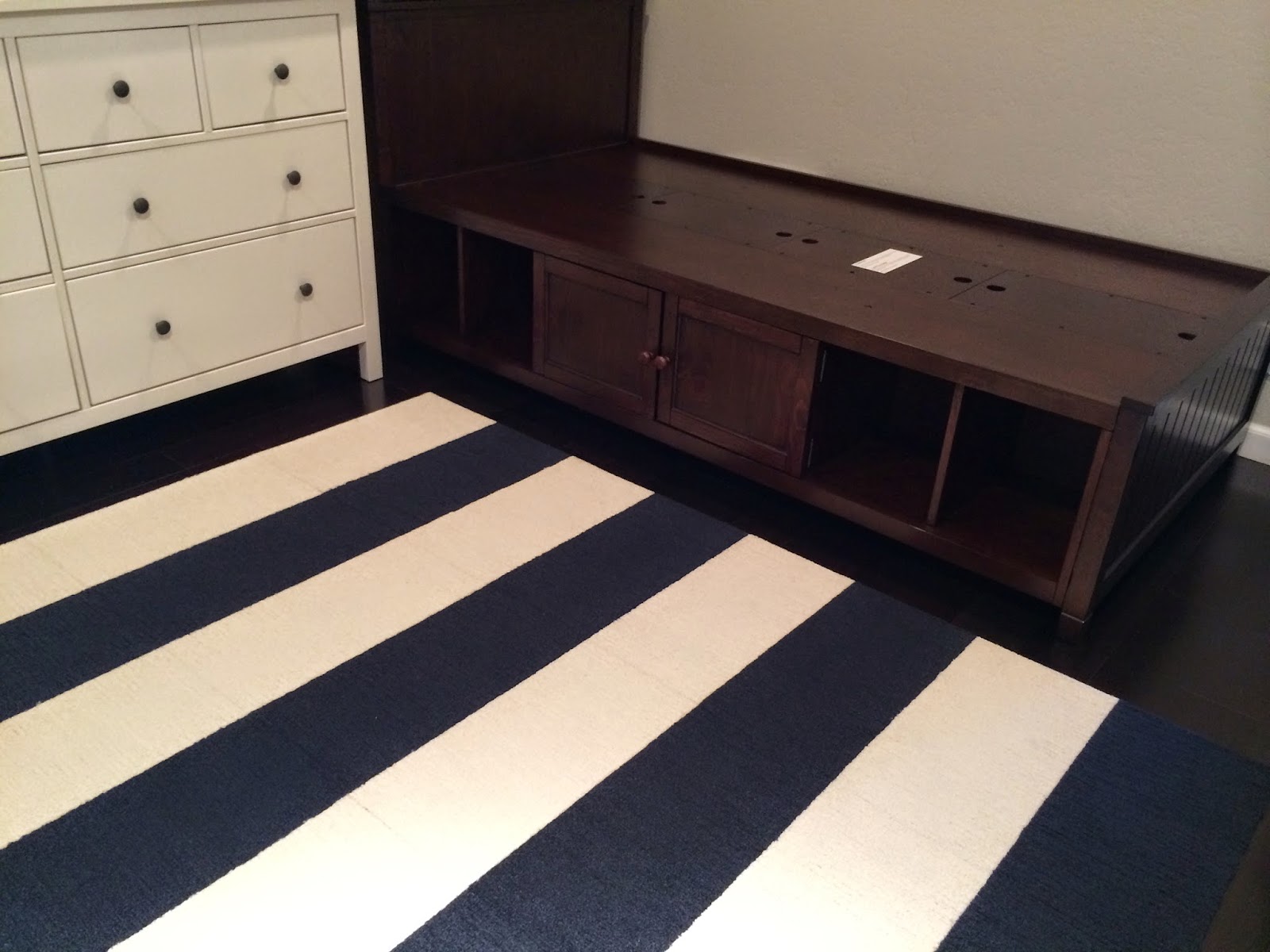 I designed both rooms with identical furniture and my plan was to personalize each room with different paint colors and accessories. The client decided that having the same paint color in both rooms was easier and will be neutral when they sell the house in a year or so. The room was designed to maximize storage capacity but also give the boys as much play area as possible: 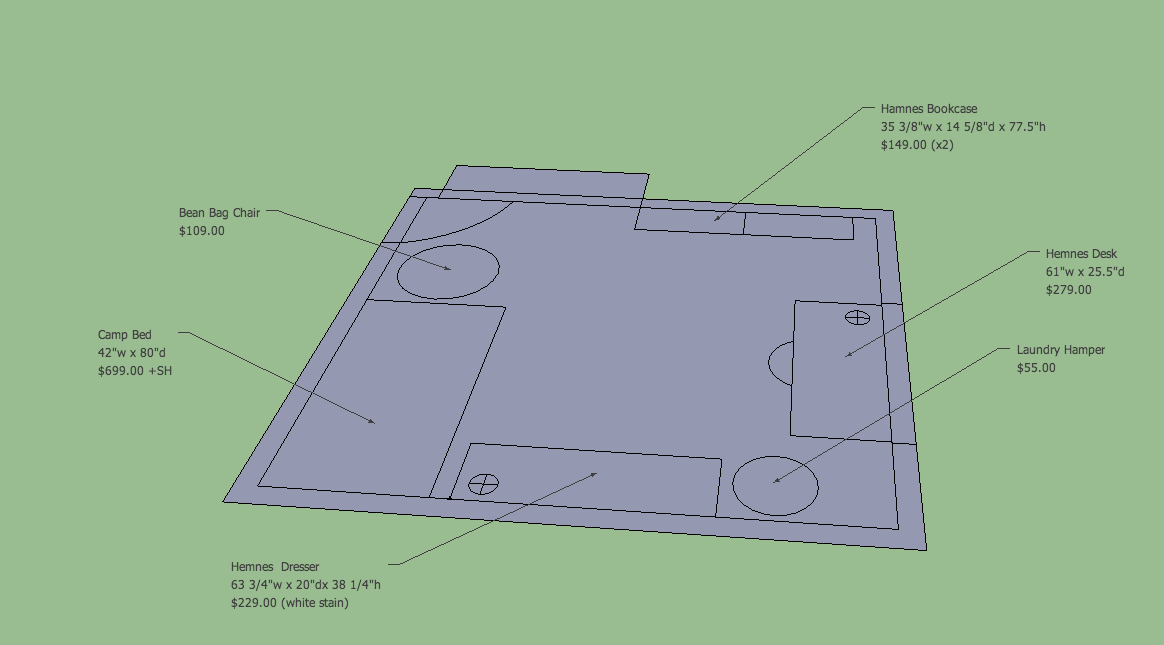 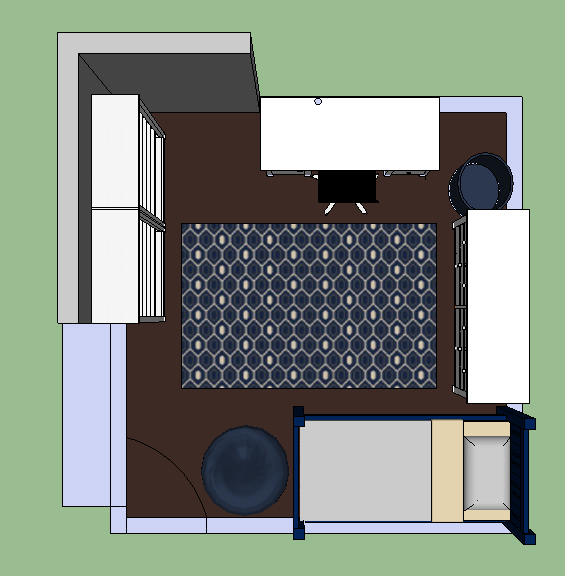 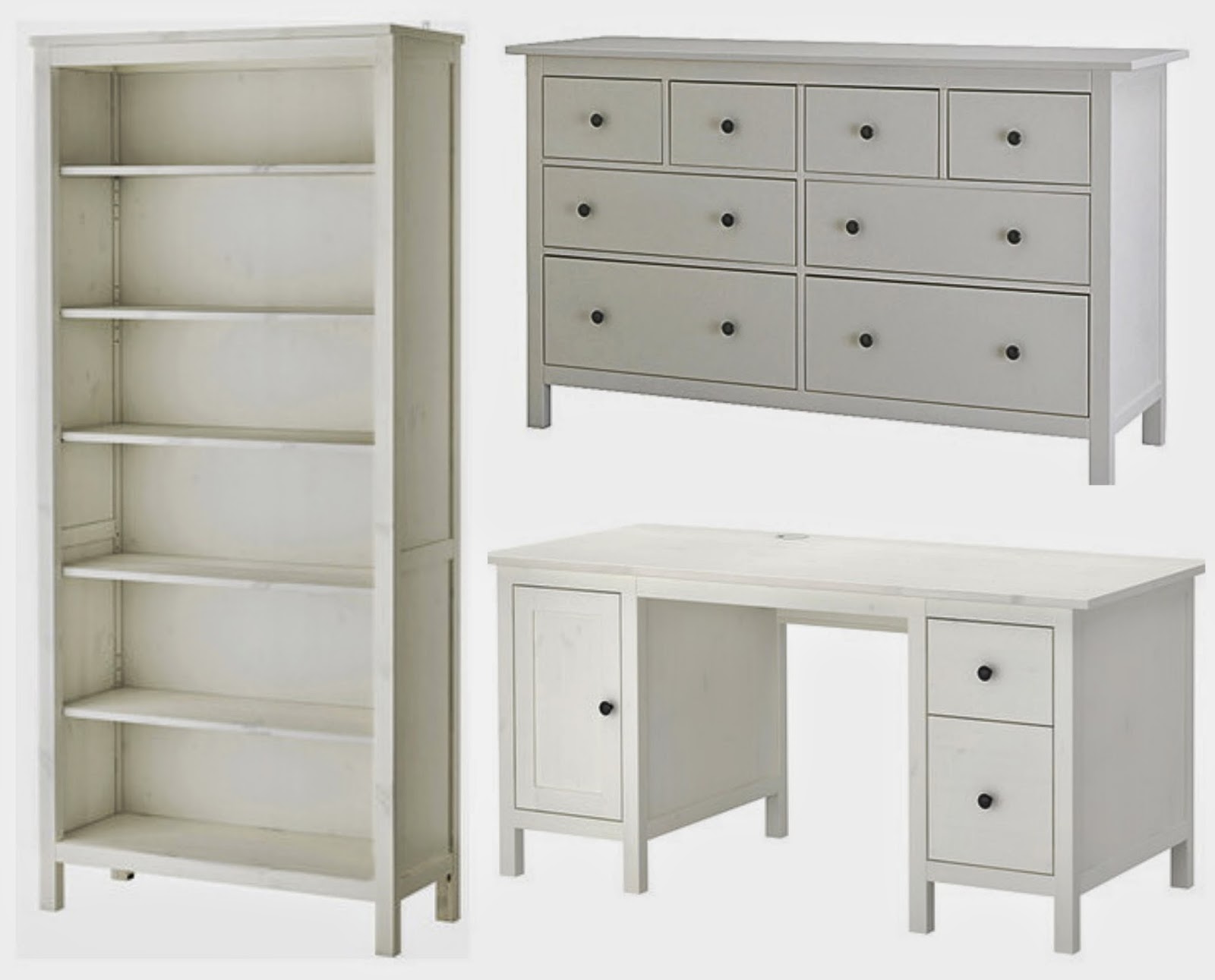 All of the furniture was from Ikea (to keep the costs down) except for the storage beds which were from Pottery Barn Teen. The beds will give them a little extra storage now and even more when they move. Because of the small rooms, the beds are up against a wall and they cannot utilize both sides of the bed storage, but the client was willing to sacrifice that for now. 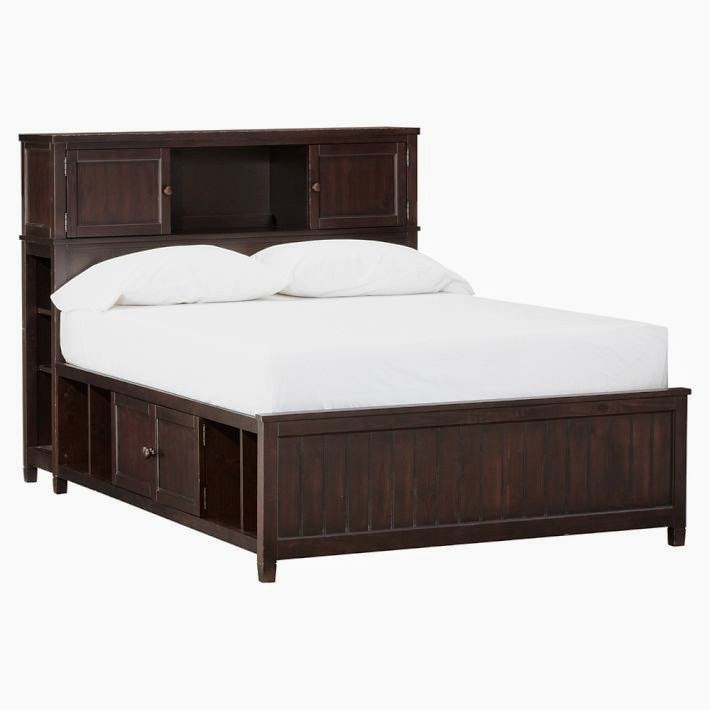 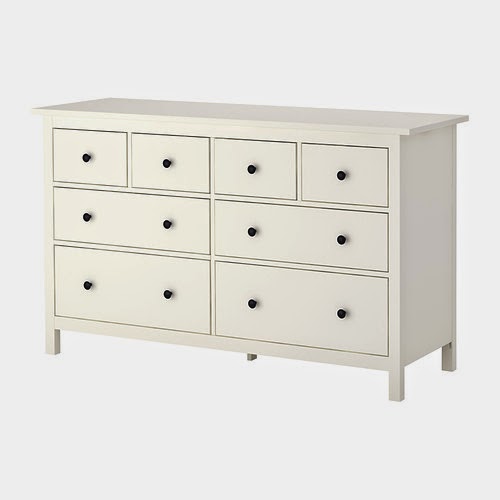 The large dressers were an important part of the room design. They add a lot of storage and will double as a nightstand. My goal was to put all of the boys' clothing in the drawers, and use their closets for large toy storage.

To remind you, here are the inspiration boards for the room: 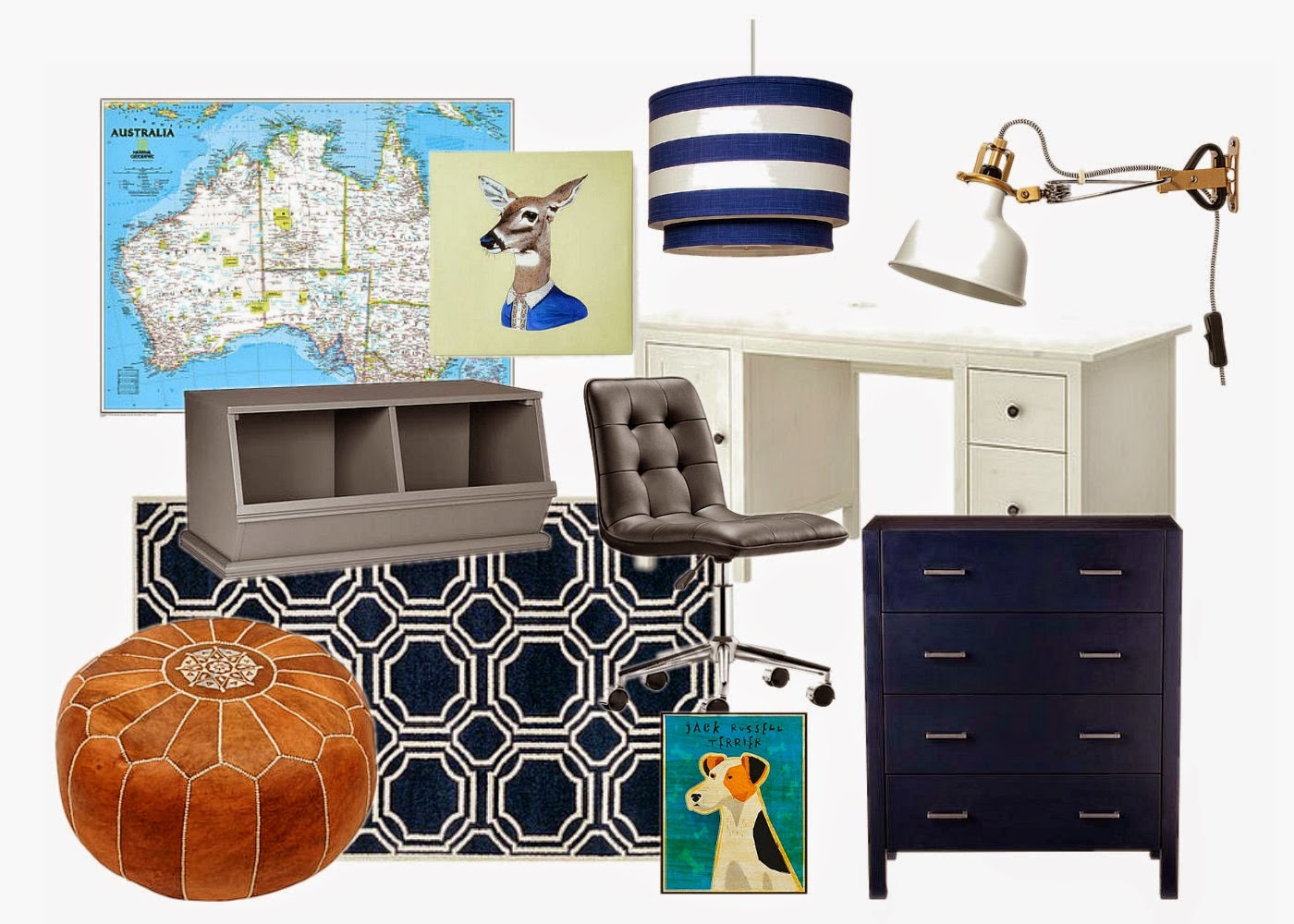 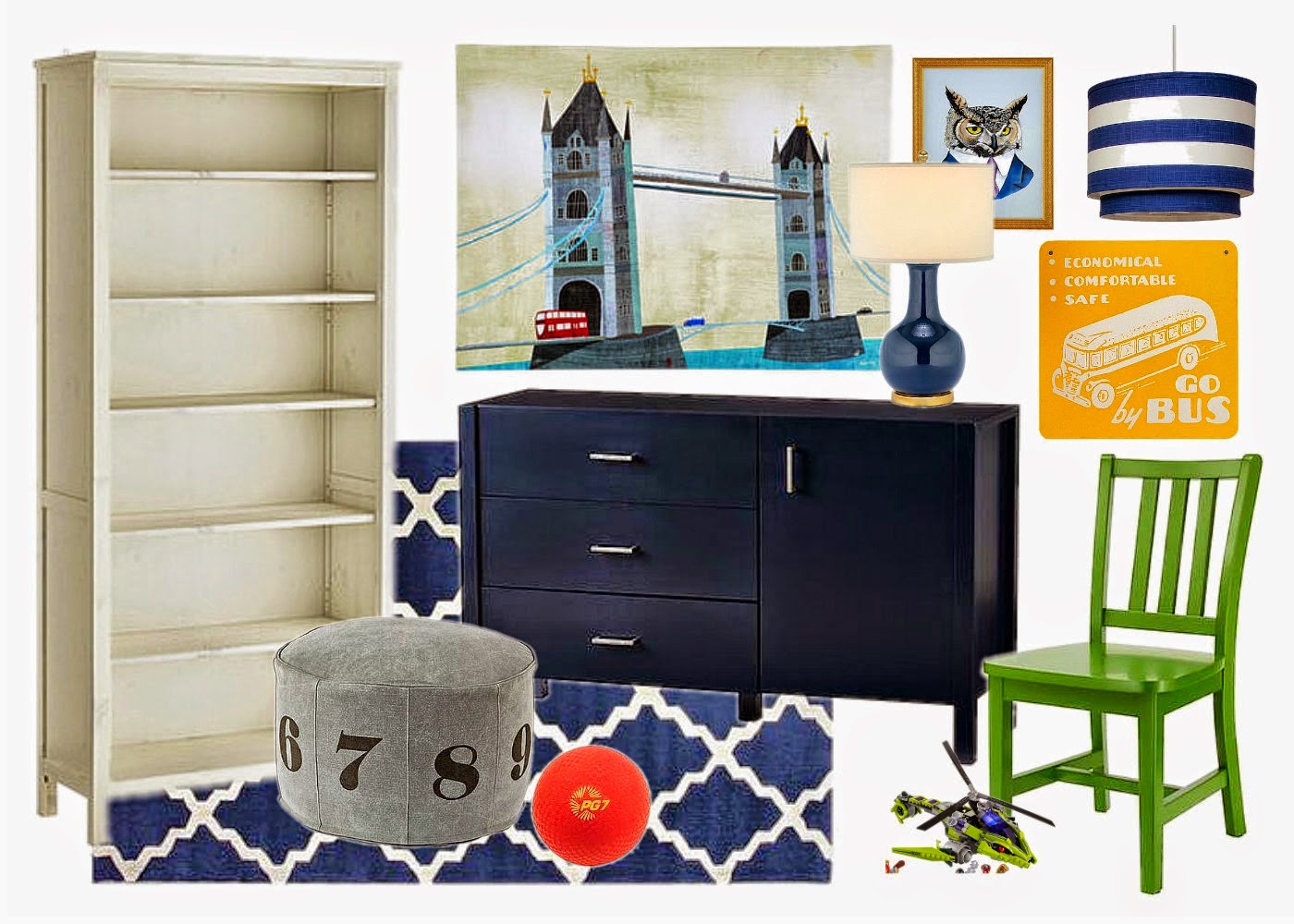 I was hoping they would let me finish the rooms off with fun accessories, lighting and artwork. But the kids did their own styling. They were not kidding when they said they had a lot of Legos! 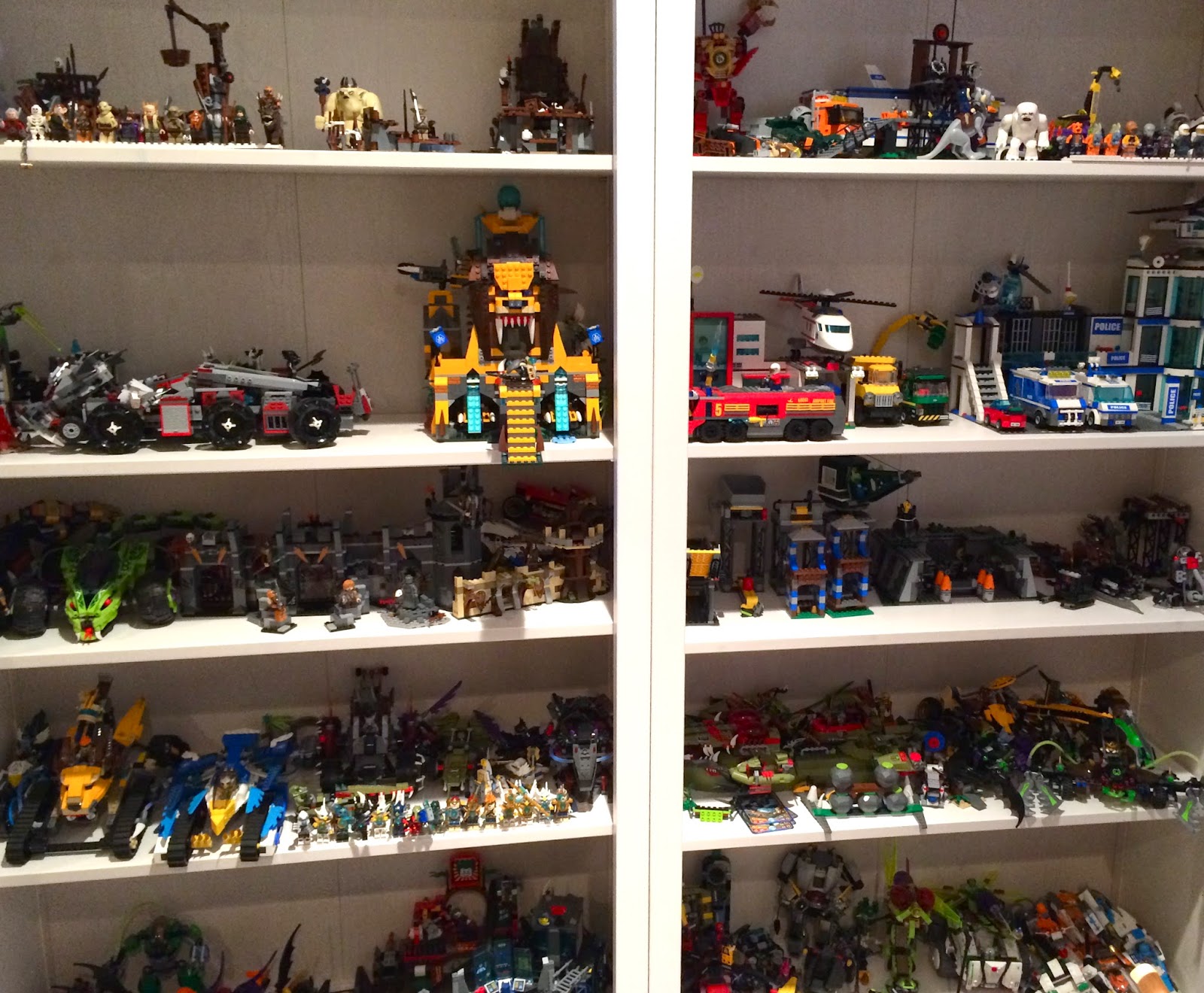 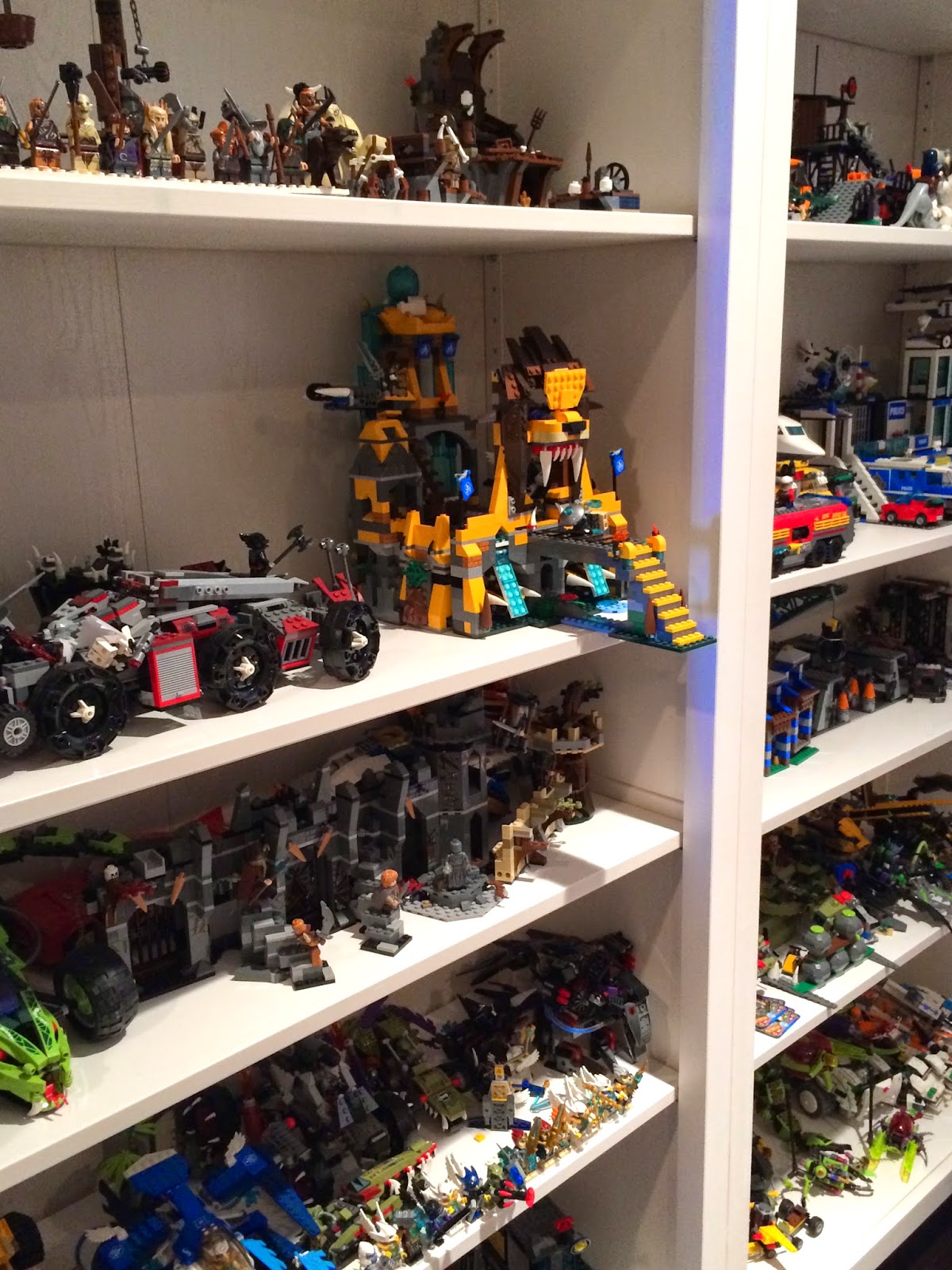 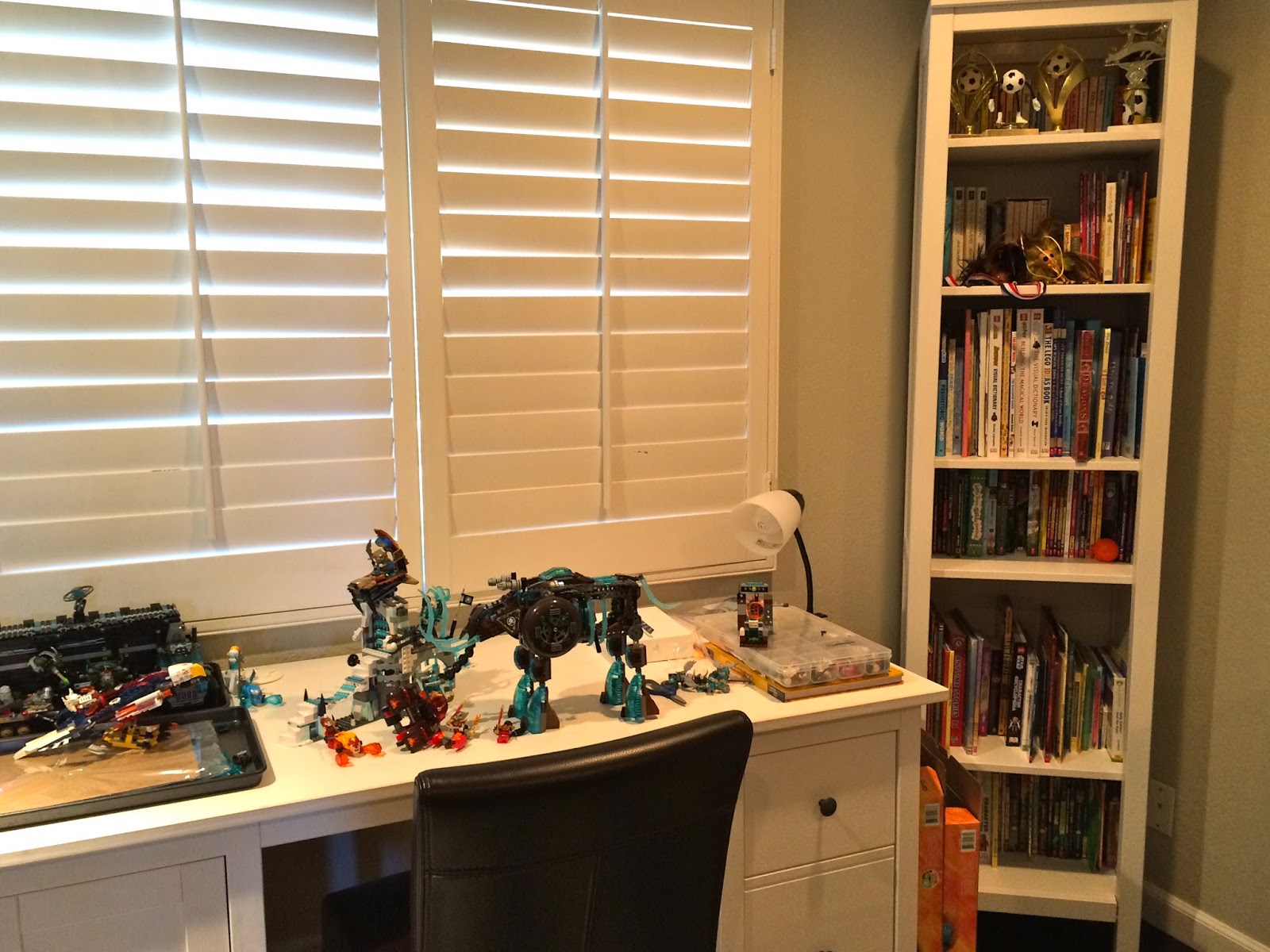 They have only been in their rooms for a week and they are already using their desks to full capacity! 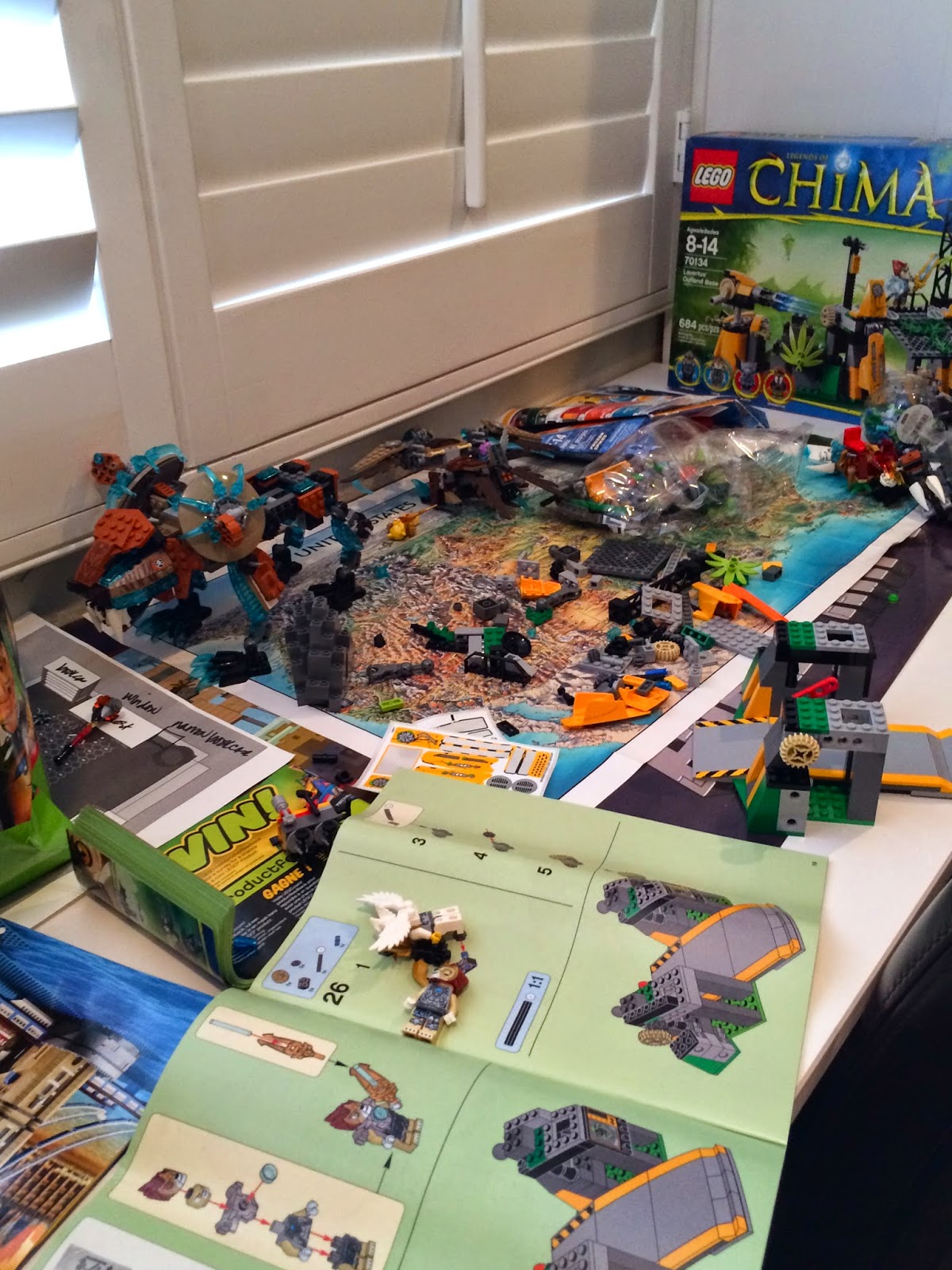 Here are a couple of photos of the room they shared before: 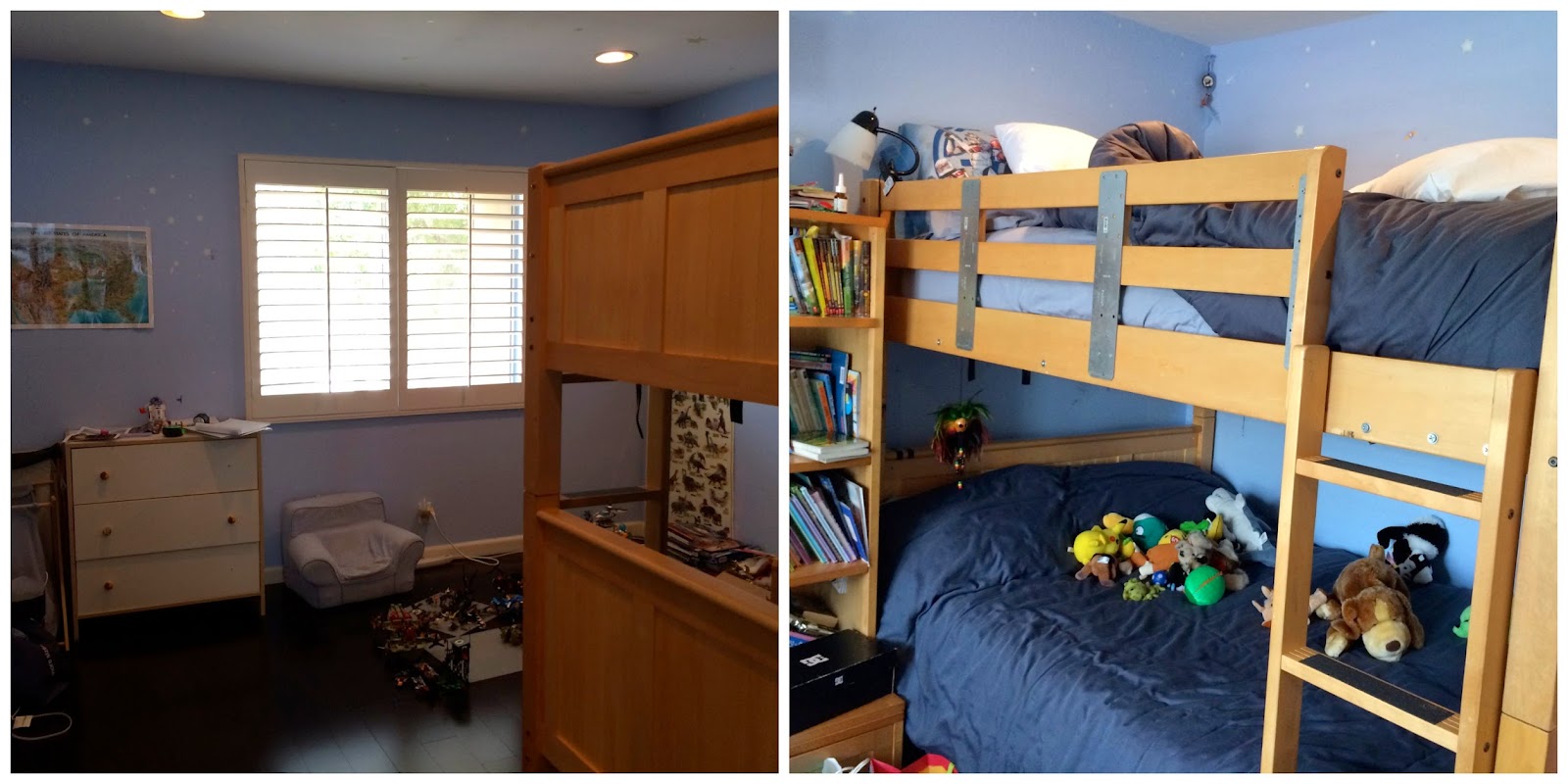 And one of the rooms now: 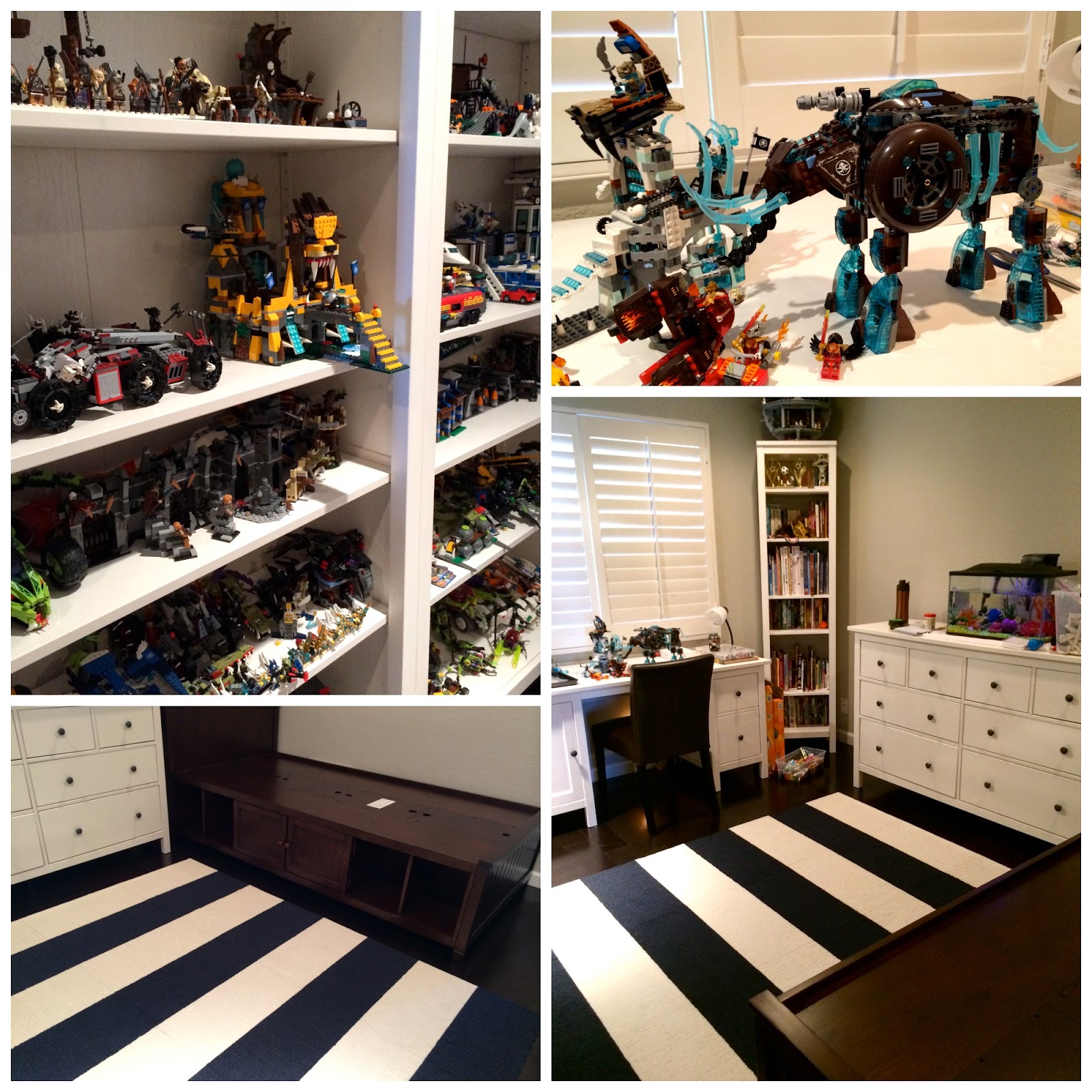 I am glad these boys finally have an organized space to design and create. It kind of makes me want to go get a box of legos to play with myself!
Posted by Unknown

This is a little boys dream room. My son would have LOVED this. What program did you use for the floor plans? I use a free one but it's limited.

Also, my hydrangea have been going STRONG since I used your advise about dunking them under water.
Thanks, Sherri!

Hi Mary Ann - so glad the hydrangea advice worked! The program is called Sketch Up. I am using the free student version that my intern showed me how to use. They have a version you can purchase but my computer is too old (4 years is ancient in computers!).