What do I do with this?

I got a new toy business tool for Christmas. I knew I wanted it ... but honestly, I wasn't entirely sure how I would use it. I have to admit ... although I feel like I am fairly proficient using my computer (I mean seriously, I can write a blog, right?), I am not all that up on the latest technology. I am still an old-fashioned girl who would rather take notes (and draw) on a pad of graph paper. 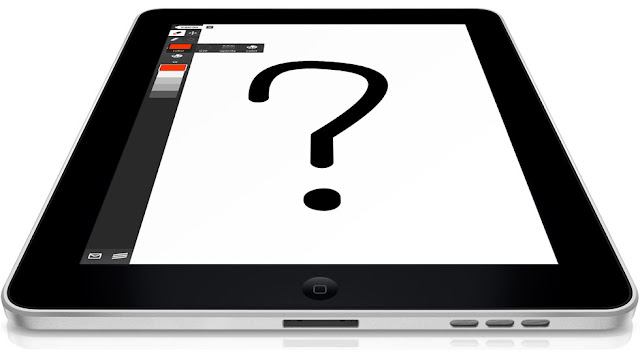 I also have to admit that at first it kind of stressed me out (a huge understatement if you were my daughter trying to help me!). One of the first things I tried was to load my work photos onto it. It turned out to be really easy but I went about it in a very convoluted way which made it way more confusing than it needed to be. And I had a little moment (another understatement) where I questioned how in the world was this going to make my life easier when all it seemed to do was take more time (wasn't life easier when we just printed out photos???). 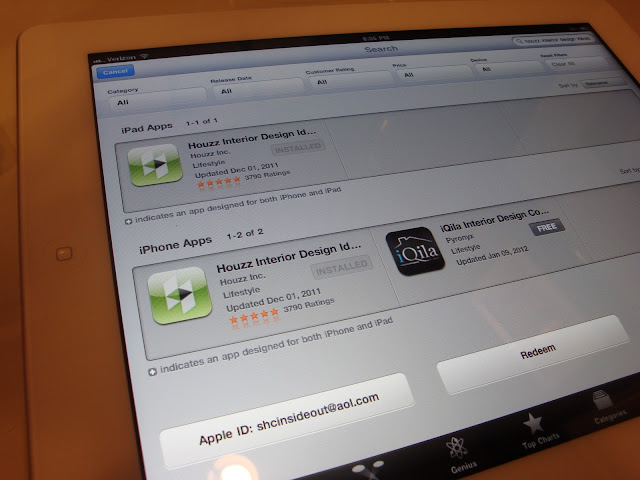 But I was determined to make this work so the next thing I did was research different apps that were available. I googled which apps would be most helpful for interior designers and loaded a couple onto my ipad. The first I put on was Dropbox which is supposed to give you the ability to sync all your documents and photos from your computer to your iphone to your ipad. My daughter added another app called Evernote which I think is similar - where you can put notes and documents and presentations on it and it will sync from your computer to your ipad and iphone ... but I haven't had a chance to play with it yet. I added an app called mySurface which shows the images of most quartz and Corian surfaces. And last, I added Houzz. 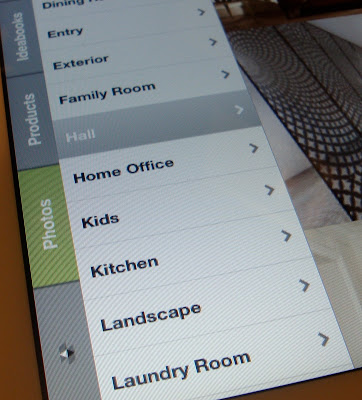 So today, I wasn't so sure how it was going to work, but I threw the ipad in my bag anyway as I left for my appointment to meet with a client to look at her existing laundry room and help her come up with ideas to make it more functional and stylish. 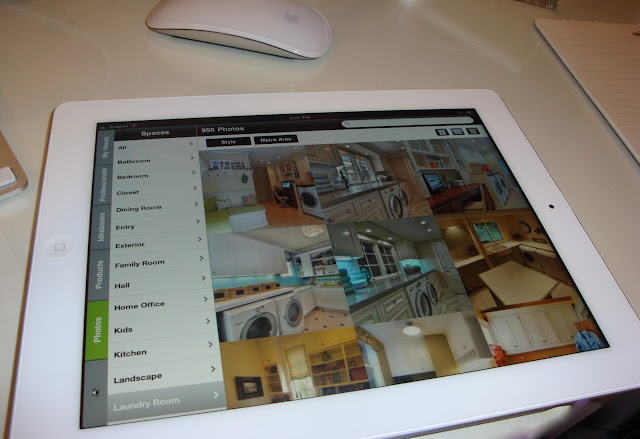 My ipad turned out to be invaluable. The first thing I used it for was to show her some inspiration photos on Houzz. I had only added the Houzz app a few minutes before I left for the appointment and I was so grateful that I had. 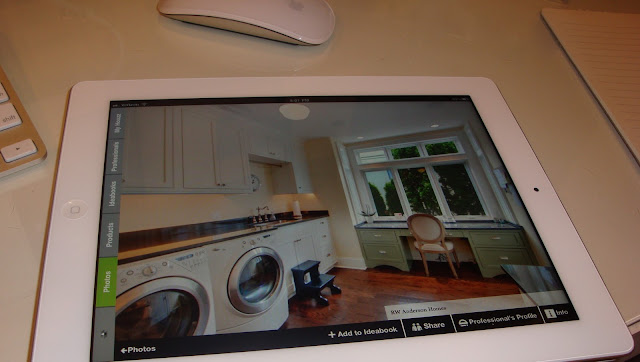 Having an image to show a client is much more helpful then trying to explain an idea. We were able to come up with a plan quickly ... 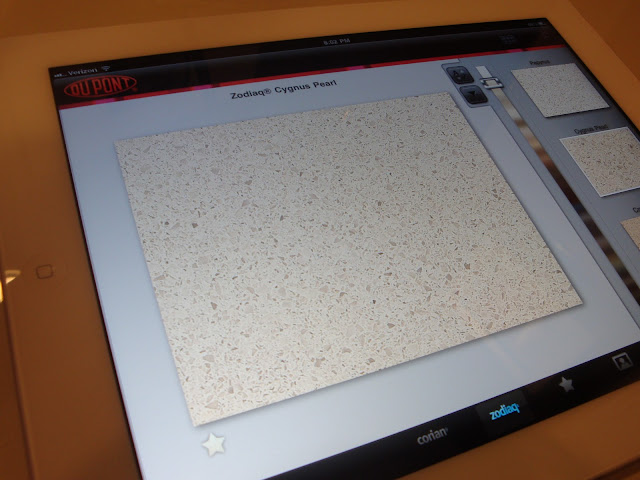 Even down to the counters. I was also able to show her ideas that I had done for other clients (via my photos) and a quick search on the internet showed which products we could use for a wall mounted ironing board. I know that I have just barely scratched the surface, but I am already sold.

So tell me, how do you use yours?
Posted by Unknown

Email ThisBlogThis!Share to TwitterShare to FacebookShare to Pinterest
Labels: ipad

i Pads are amazing little tools. We use them for so many things, it is ridiculous...and i have to admit, I think my husband might actually LOVE it. :) Also, our preacher at church uses it on his pulpit. :)

I don't use my nearly enough...mainly because I haven't taken the time to learn, but it sure seems you have managed very well! I can imagine that it would be quite helpful to have all that information right at your fingertips...

I love my iPad, too! When I first got it last July, I wasn't sure how much I'd use it, but I actually use it all the time. I haven't used it with client yet, but I think you've given me a great idea!

buy a wacom bamboo stylus...about $25 on Amazon.
You can use it as a pen or pencil if you want to use any drawing programs or don't want to use your finger....
I sketch and paint all the time with my ipad.

Thanks for the tip Deb.

I love my iPad! When my husband first got his iPhone years ago, I could never get his attention because he was always playing with it. I called it his new girlfriend. Now, it is me with the attention problem since I got my ipad, I refer to it as "my boyfriend" LOL Any purse I buy I always make sure it will fit my iPad, I don't leave home without it.