A day at the Getty

It is officially Spring, or so the calendar says. But I can hear the rain coming down with a vengeance as I sit here in my office. It is cold and windy and not very "Spring-like" for Southern California. 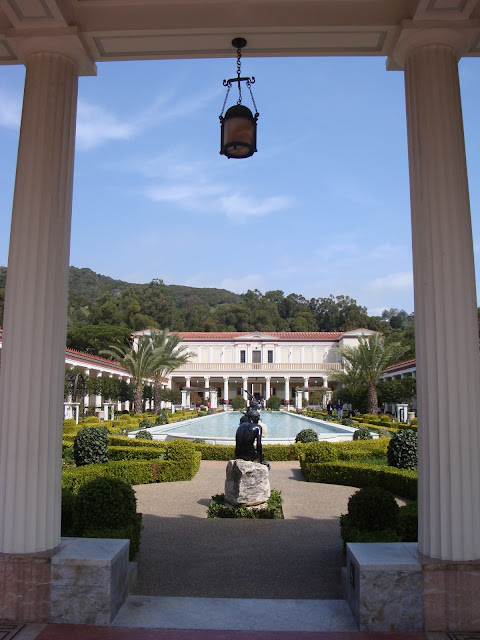 But last weekend Spring had already arrived in Malibu. 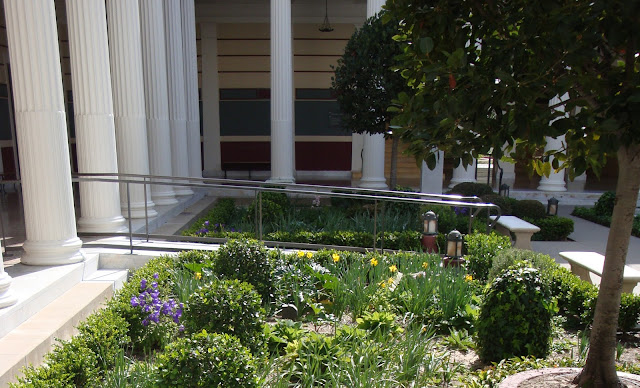 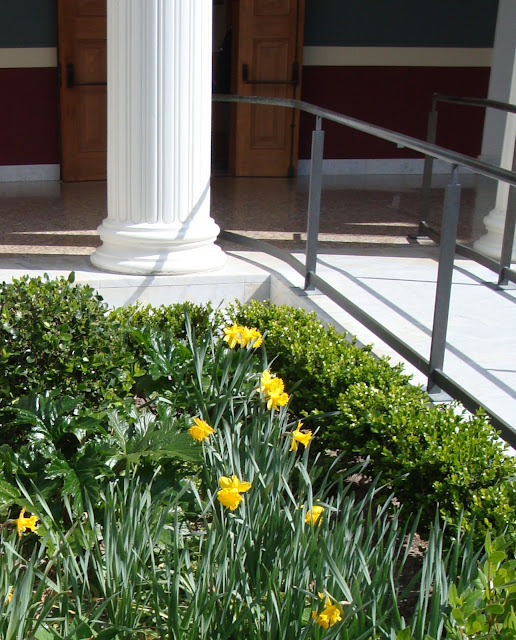 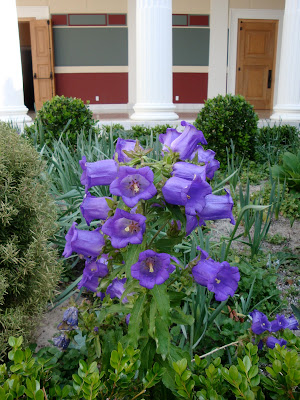 We went to visit the Getty Villa - our first time - to celebrate my daughter's birthday and it was spectacular! If you have not had a chance to visit - it is a "must see"! We have been to the Getty Center in Los Angeles many times but this was our first to the Villa. Admission is free (hard to believe) but you must have reservations and parking is $15. You can get reservation tickets online by clicking here. 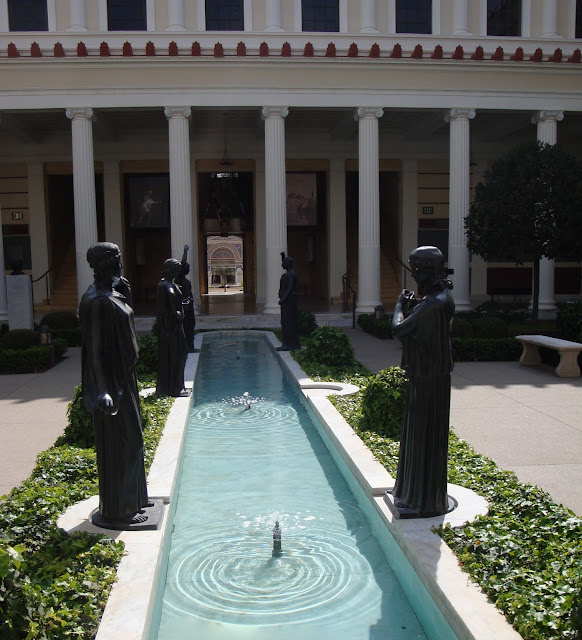 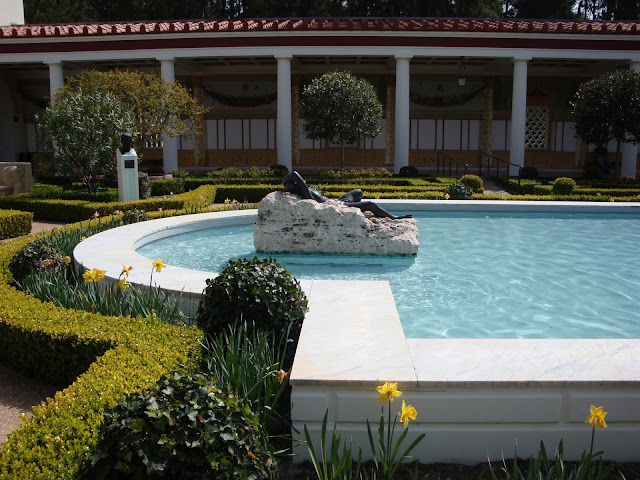 The grounds are absolutely beautiful. The villa sits on a sixty-four-acre site that J. Paul Getty purchased in 1945 and where he built his home and adjacent gallery that served as the first J. Paul Getty museum. It sits on a hill overlooking the ocean which is just about 100 feet from the entrance. 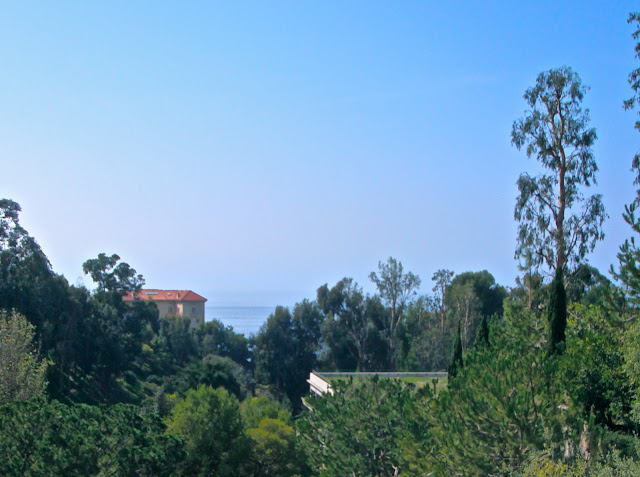 In 1968, needing more room to house his growing collection, J. Paul Getty decided to re-create a first-century Roman country house, the Villa dei Papiri. It took seven years to finish and unfortunately Getty never saw it completed. The Villa dei Papiri was a Roman country house in Herculaneum that was buried by the eruption of Mount Vesuvius in A.D. 79.  Even the Villa's main driveway, paved with large, irregular stones, is patterned after the ancient streets of Pompeii and Herculaneum. 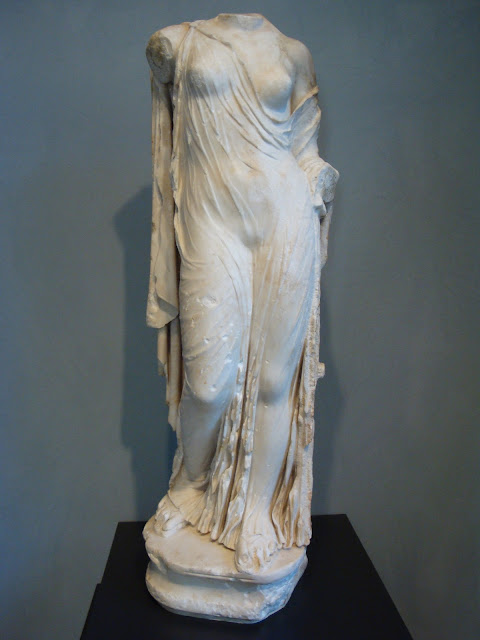 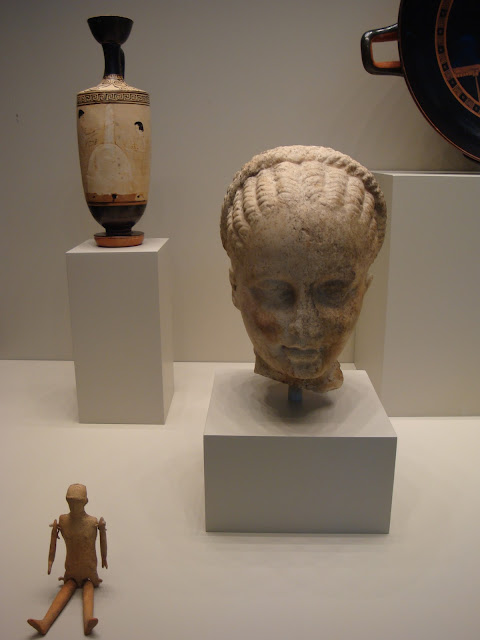 The collection includes 44,000 Greek, Roman and Etruscan antiquities which date from 6,500 B.C. to 400 A.D. That is impressive. I get goosebumps when I see artifacts that ancient. But besides his extensive collection, the building itself is a work of art. Not a detail was left unattended from floor to ceiling; it is perfection. 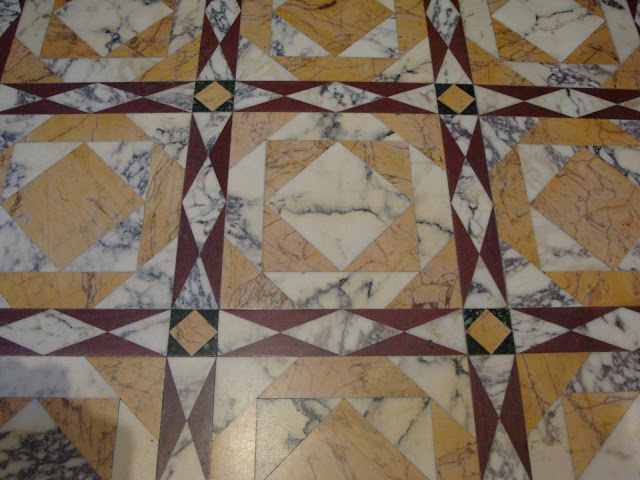 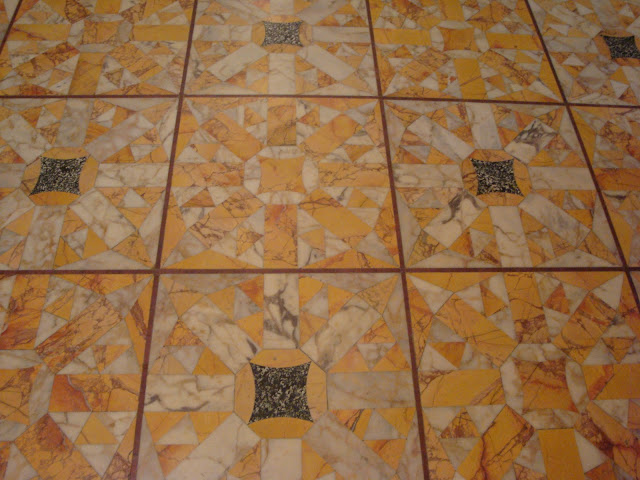 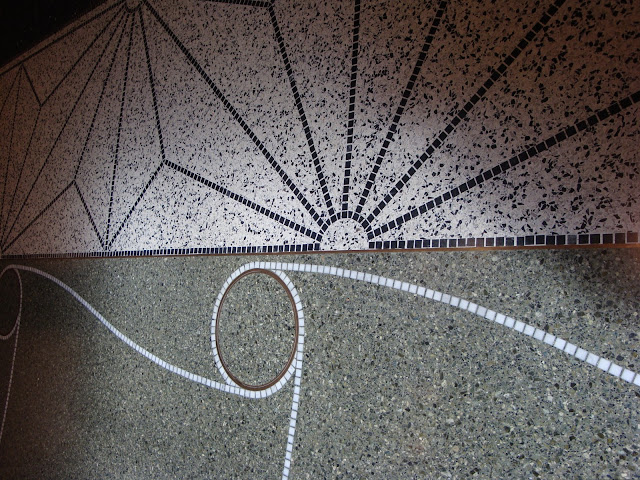 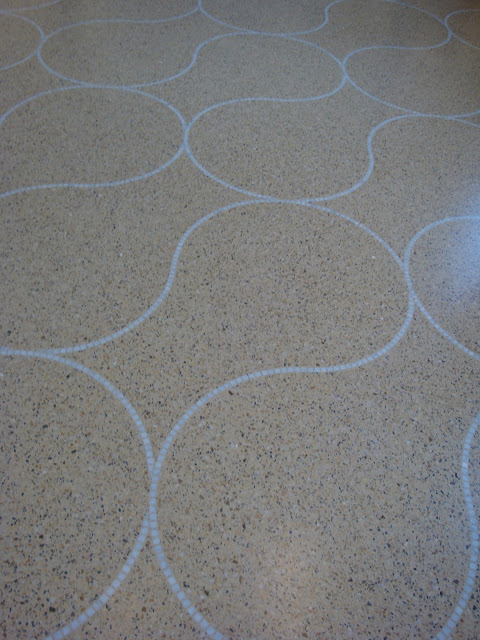 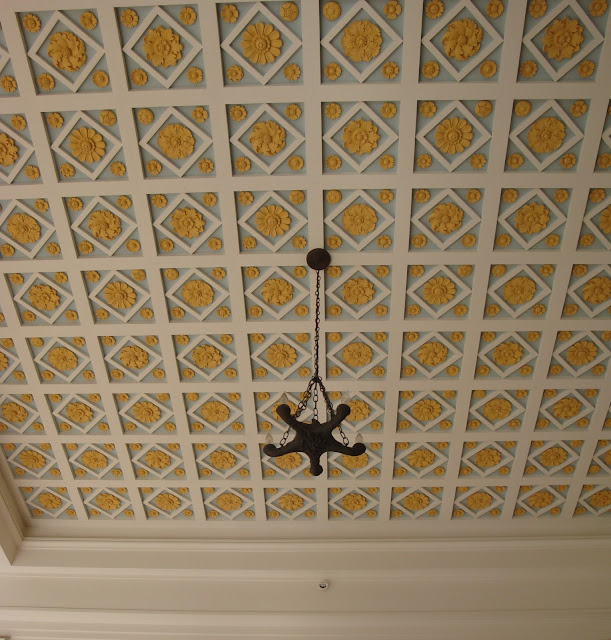 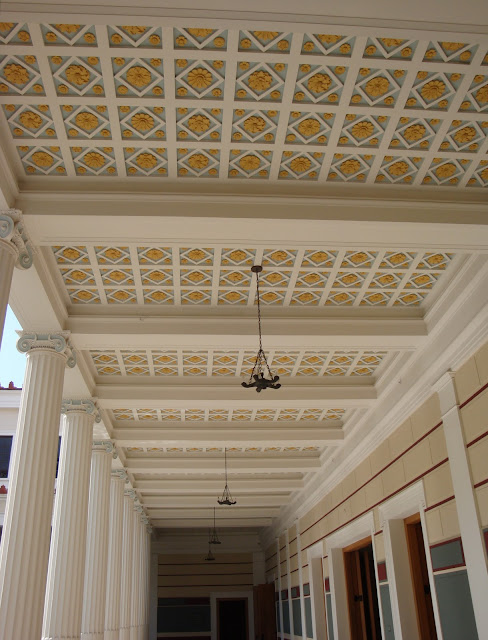 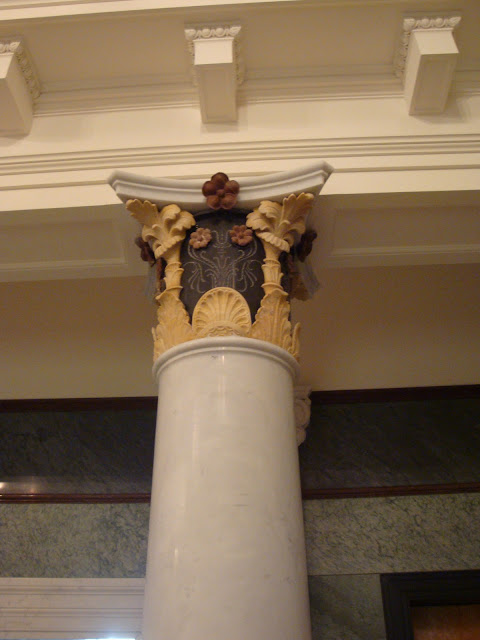 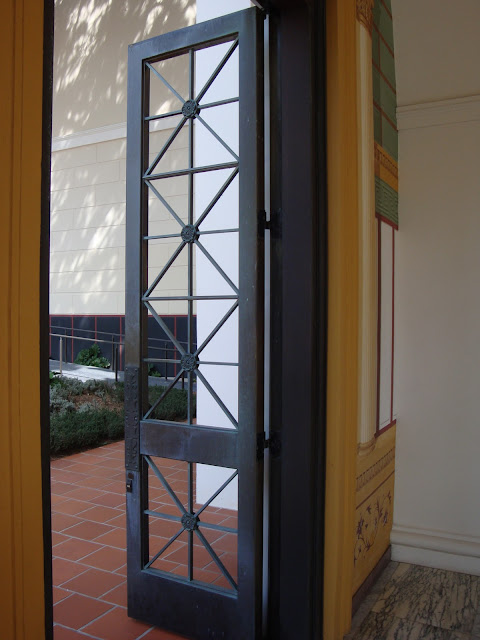 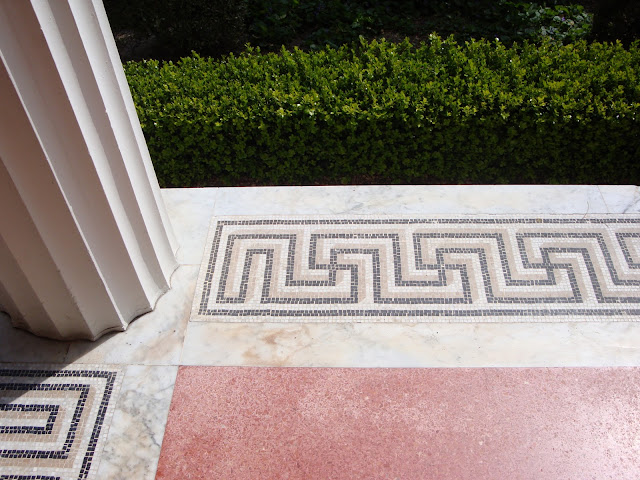 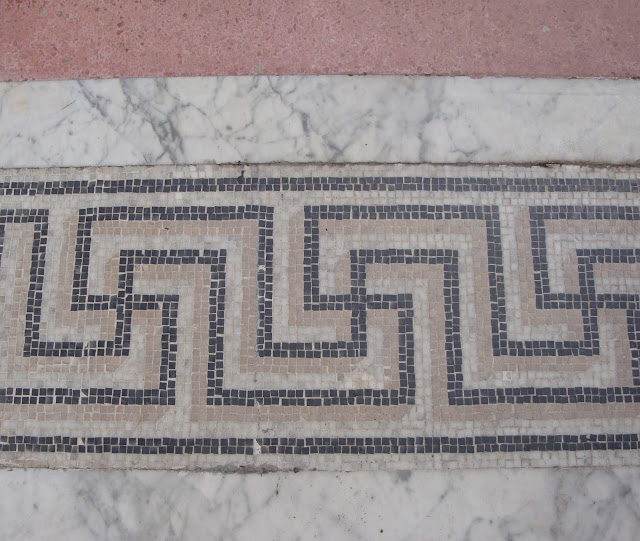 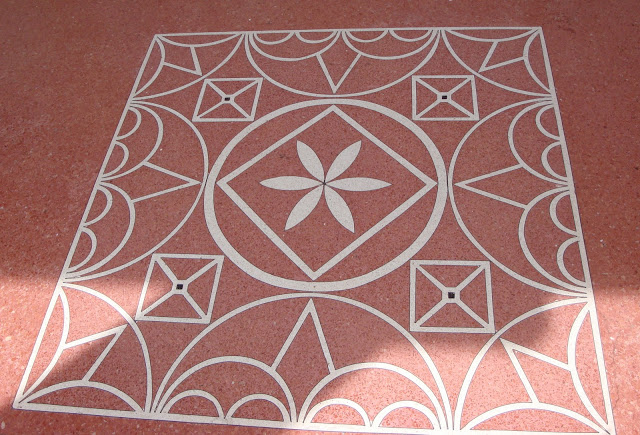 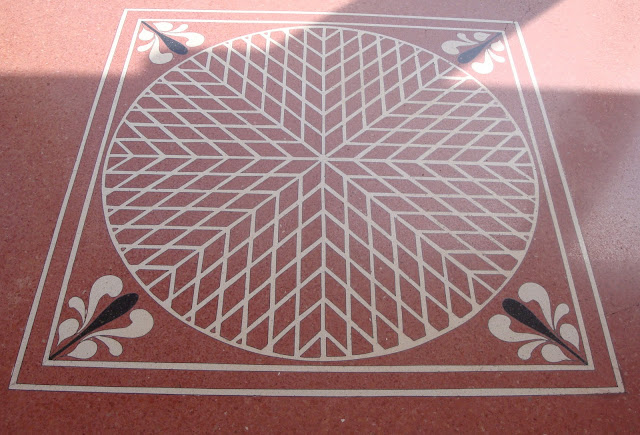 My favorite exhibit was, Molten Color: Glassmaking in Antiquity. It features the Oppenlander collection which includes over 180 ancient glass objects made in Mesopotamia, Egypt, the Greek world, and the Roman Empire from 2500 B.C. to eleventh century A.D. 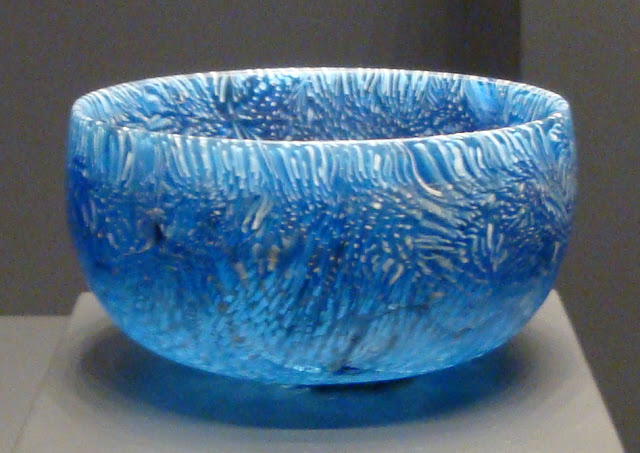 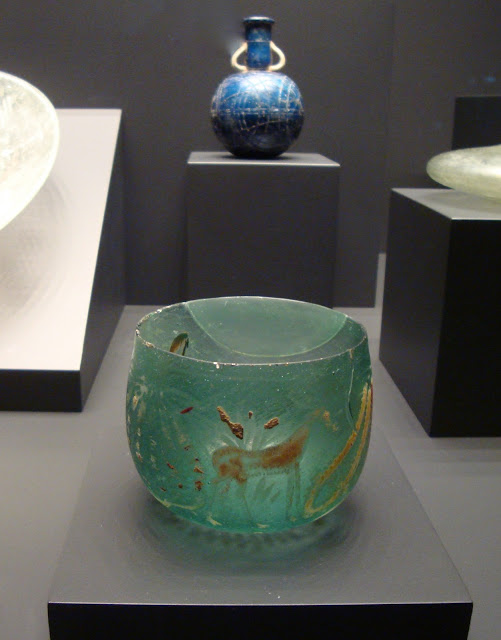 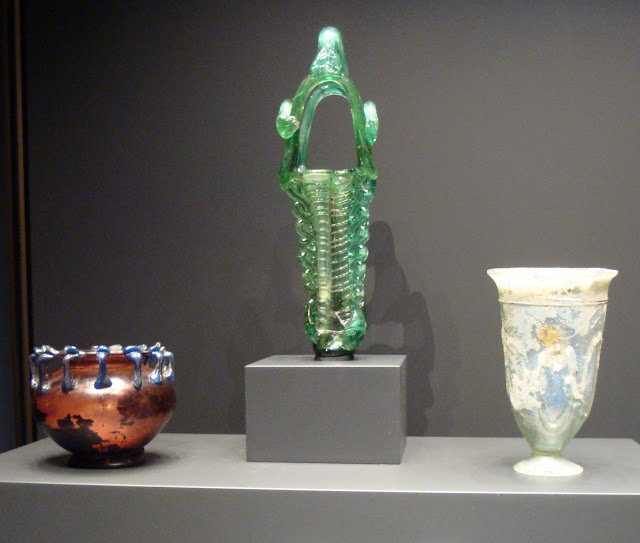 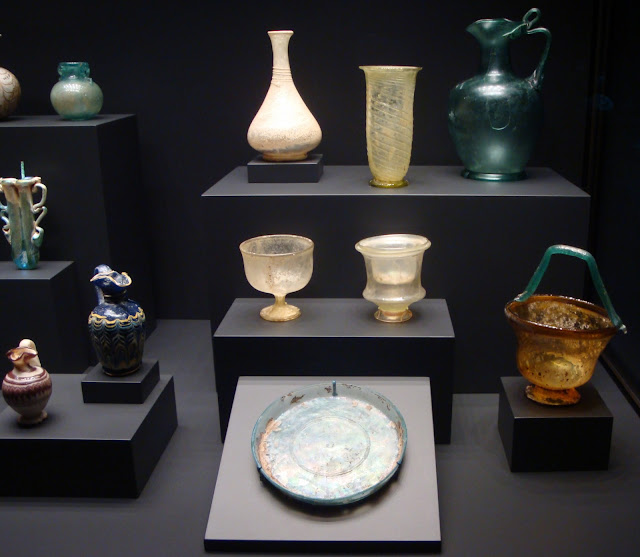 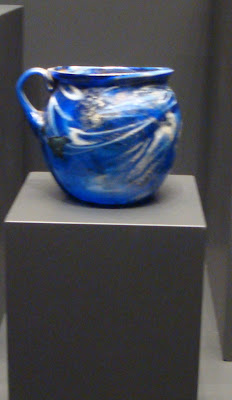 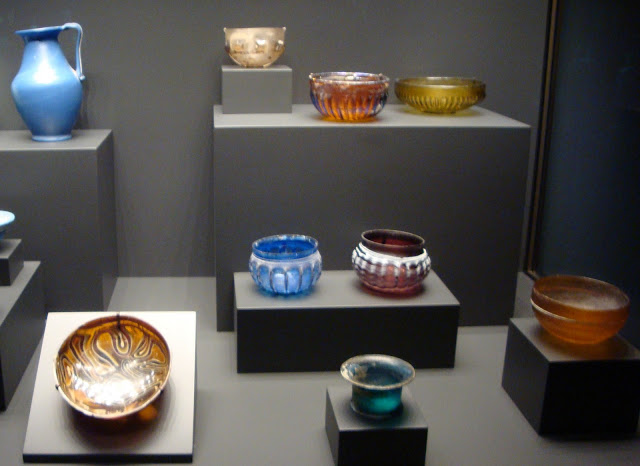 If you live local, or if you are planning a visit, be sure to put this lovely museum on your list of "things to see and do"!


What a wonderful post! I can't believe you don't have to pay to go to this place. It's stunning! I'd love to live in California. You guys are so lucky!

That's right, today is the first day of Spring! It's was -11C this morning where I live though! But I'm still happy! It's sunny and warmer now (-2C) and soon we won't have more snow. I'm happy that sunshine is coming!!! :-)

Have a wonderful Spring!

Luciane -Okay seriously, I am cold and it is above 40 (F) - I don't think I would survive such cold - and you are from a very warm climate, no?. Yes, amazing that the Getty is free. I thought about that often as I was walking around the beautiful grounds and viewing a collection that equals what I saw in some of the finest museums in Europe. xo

Sherri,
Wow, those photos are amazing! I have been to the Getty Center in LA but never the Villa, looks like it is worth seeing! Sorry to hear about your "rainy cold" weather! You know, the 40's here are considered not bad! My sister wasn't happy either, for a change I got to rub our good weather in! I'm sure you will be back to basking in that glorious sunshine you guys get out there soon!
Rebecca

What a beautiful place to spend the day with your daughter and it looks like it was perfect weather too. We drove past this Villa a few weeks ago and I didn't know what it was. It is a definate place to go back to. Your photography skills are great!

We have not been to The Getty Villa...seeing your photos reminded me and I just made a reservation for this Sunday! Thanks.