We have a dog and a cat. 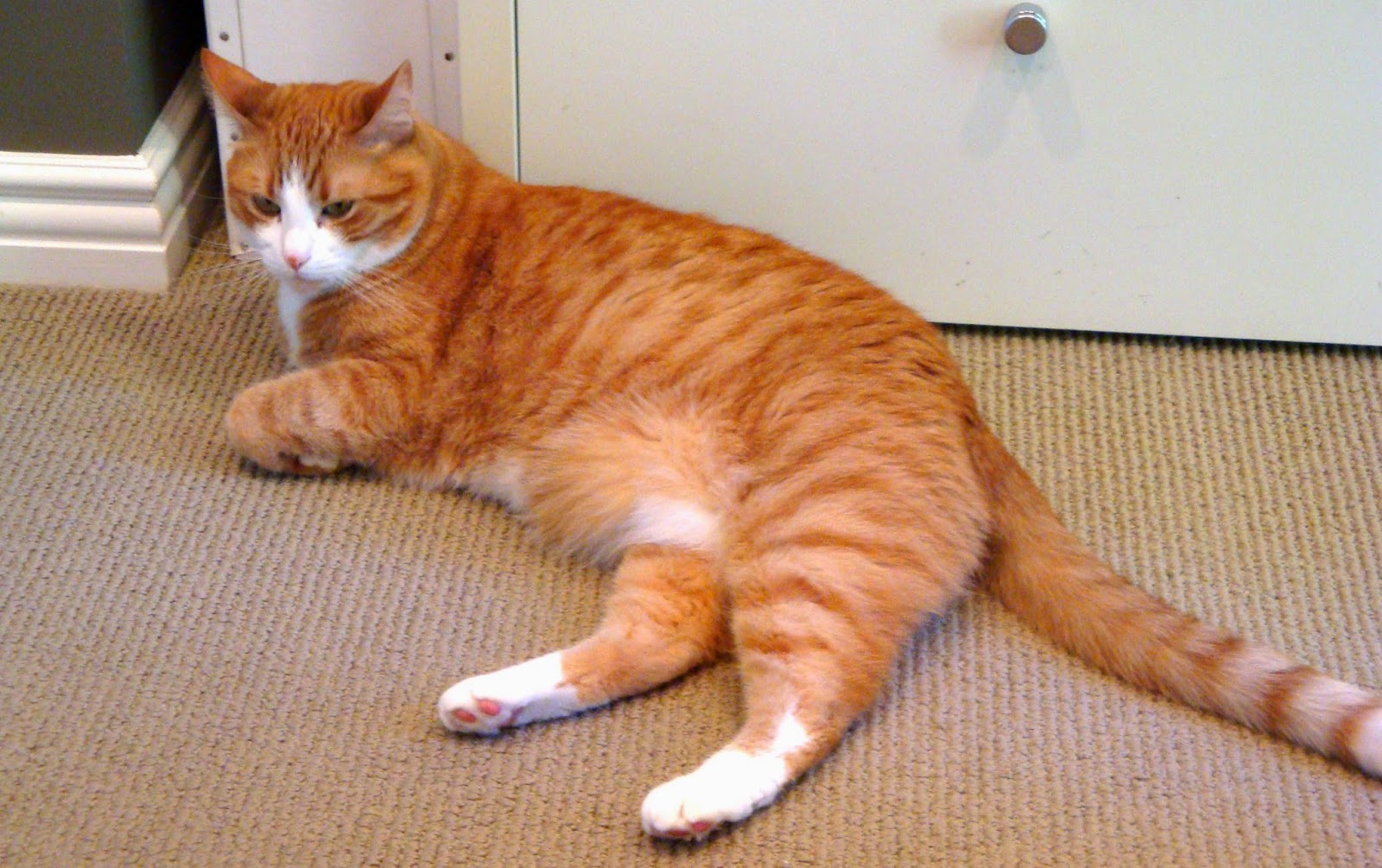 The cat belongs to my youngest daughter. He was a birthday gift to her when she turned fourteen (she is now twenty-four!) from a good friend of hers. He was kidnapped from a nursery as a young kitten and even after all these years seems a bit "feral". In fact, some days I would describe him as just plain wild. When we got him we named him Jack. But after my daughter and I went on the road trip last summer and listened to the book on tape, "The Life of Pi", I re-named him Richard Parker. That tiger in the book IS Jack. 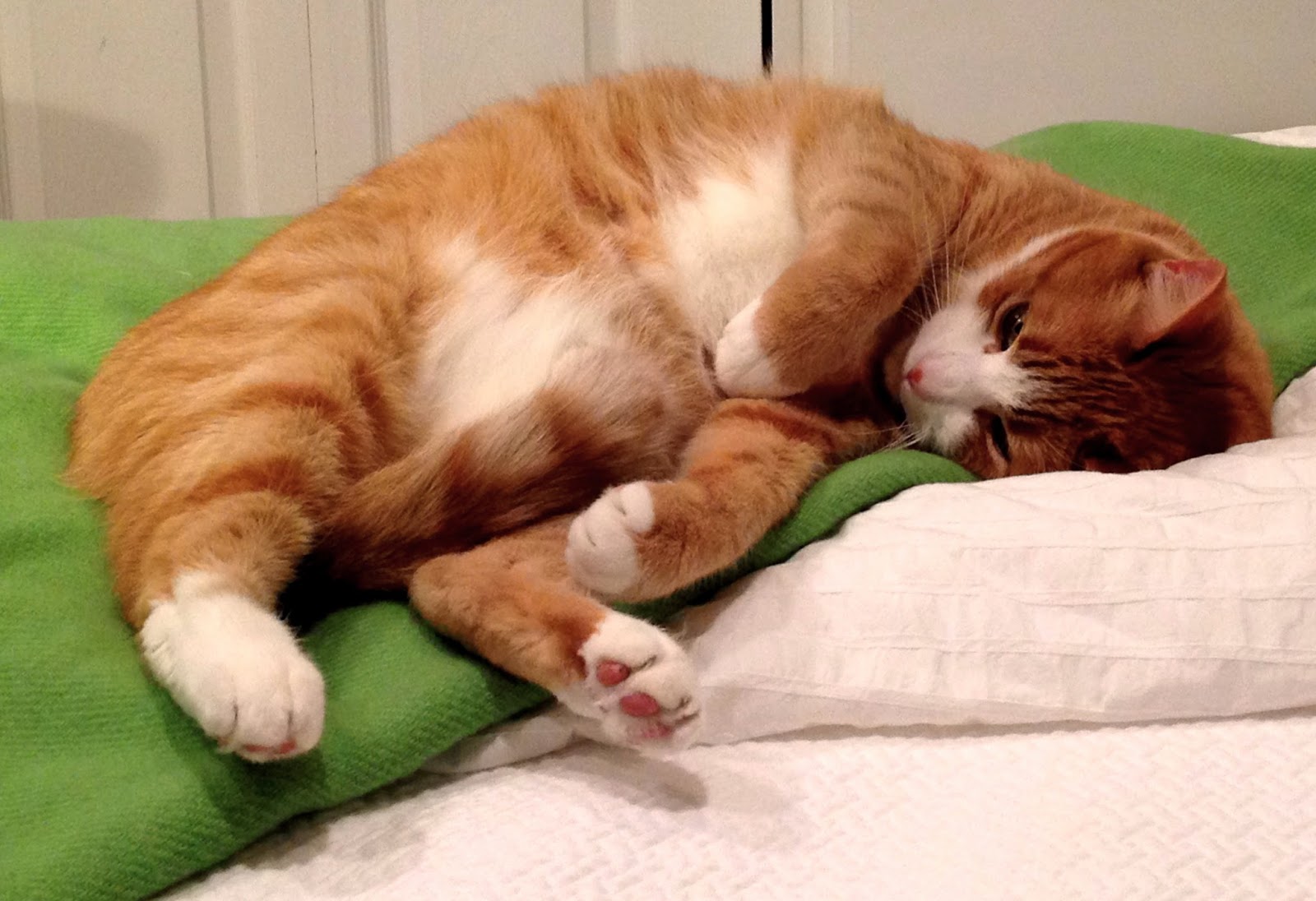 Richard Parker is a beautiful cat. He looks sweet and adorable. But he pounces and scratches. And bites. He loves me so much and just wants to cuddle and be right next to me ... but then for no reason he will attack. I am always fearing he is going to kill attack me. 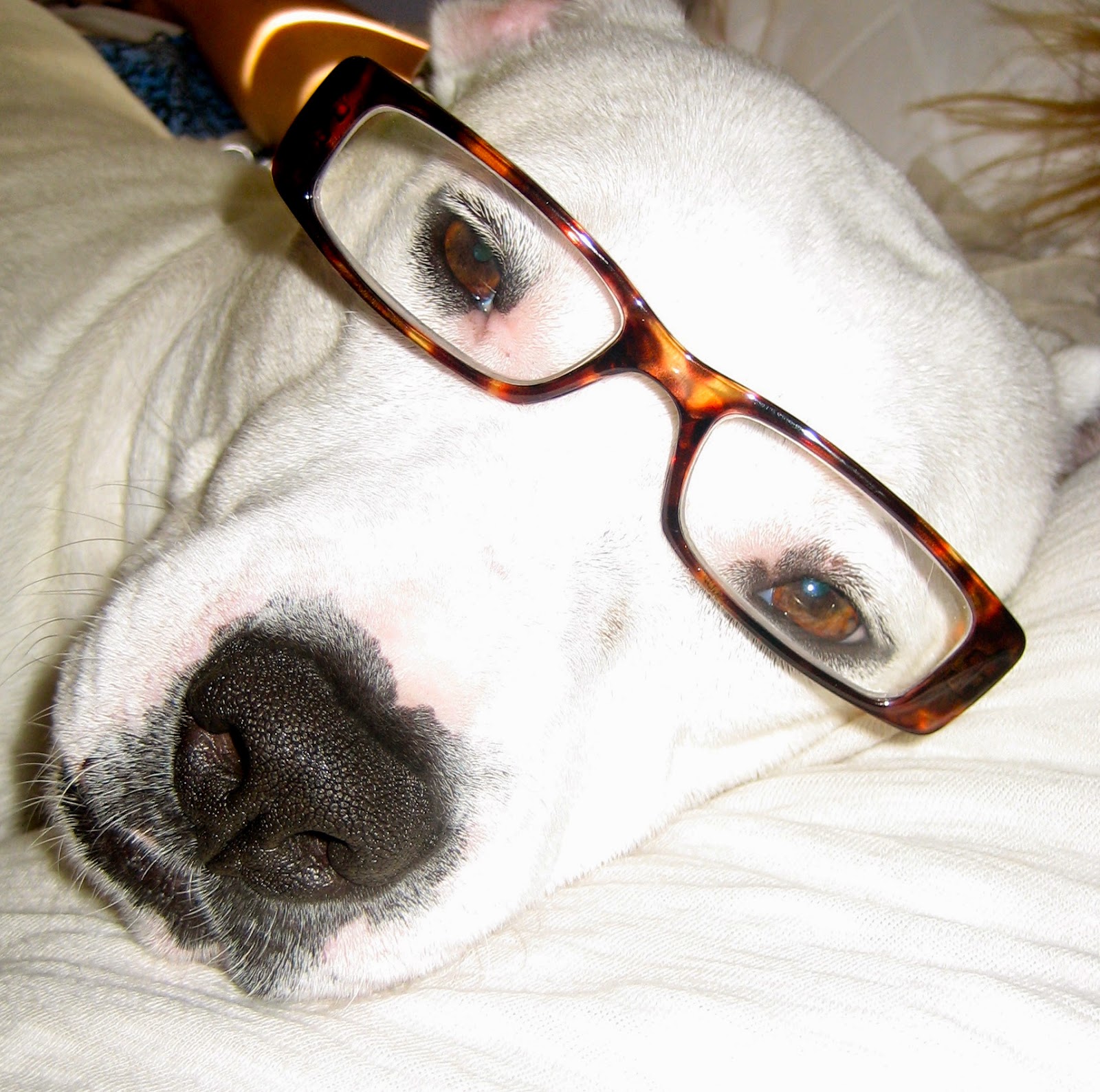 Our dog, on the other hand ... this "big, tough, strong Pit Bull", is the sweetest, most lovable dog we have ever had. Milo was rescued from a shelter when he was about 9 months old. He was my oldest daughter's graduation gift from grad school. She had wanted a dog all five years of school and I promised her that if she waited, I would get her a dog when she was all done. When she began to search for a dog, I told her ... "Hey, just in case this dog ends up being 'our' dog, can you please not get a male dog or a Pit Bull?" But that girl had a tender spot in her heart for Pit Bulls and as it turned out, she fell madly in love with Milo ... a male Pit Bull mix. And it also turned out that he was just a little too much dog for her at the time and he did end up being our dog. 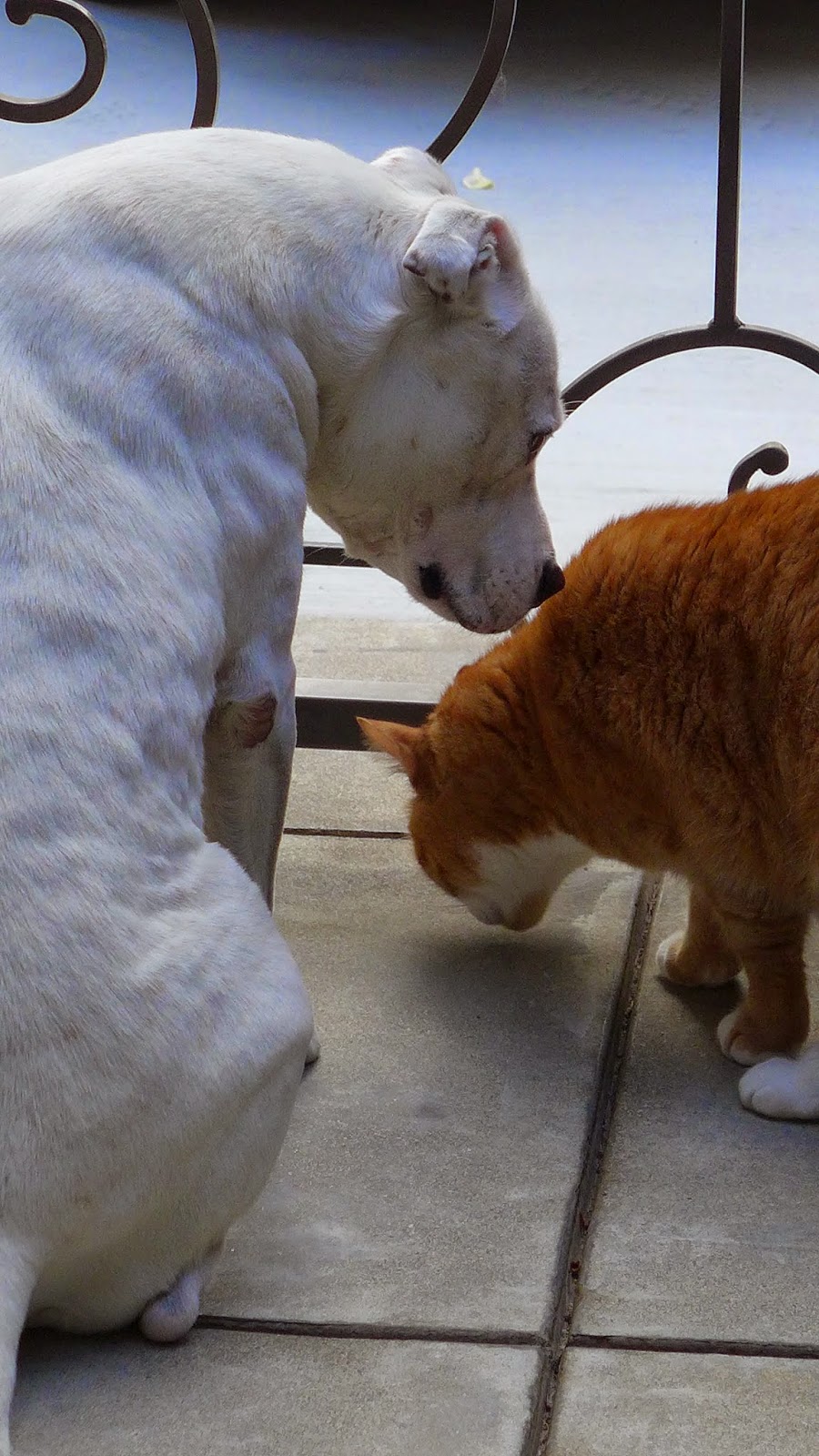 Our previous dog, a Golden Retriever Mix, would chase Richard Parker around the house and Richard Parker feared him. So when Milo came to live with us I was not sure how he would be around the cat. But Milo was the sweetest dog and just wanted to have a brother and a friend. Richard Parker on the other hand ... is not always as nice. Last week Milo was sitting in our courtyard looking outside and Richard Parker joined him. I thought they were going to sit down together and I grabbed my camera to take a photo of them sitting together. It still warms my heart and amazes me, even after all these years, that a dog and a cat can get along. 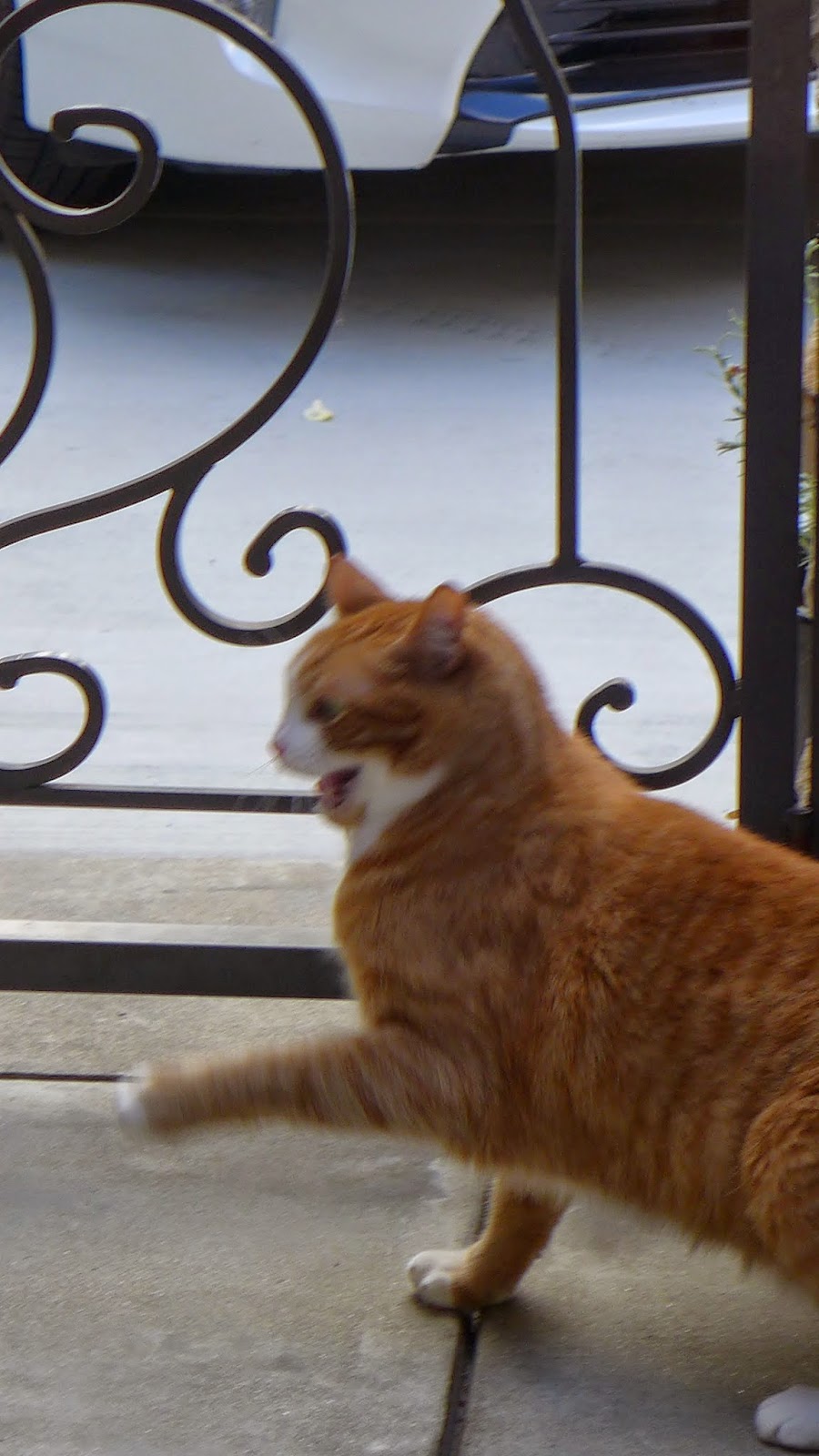 But that is not what happened. Richard Parker attacked ... 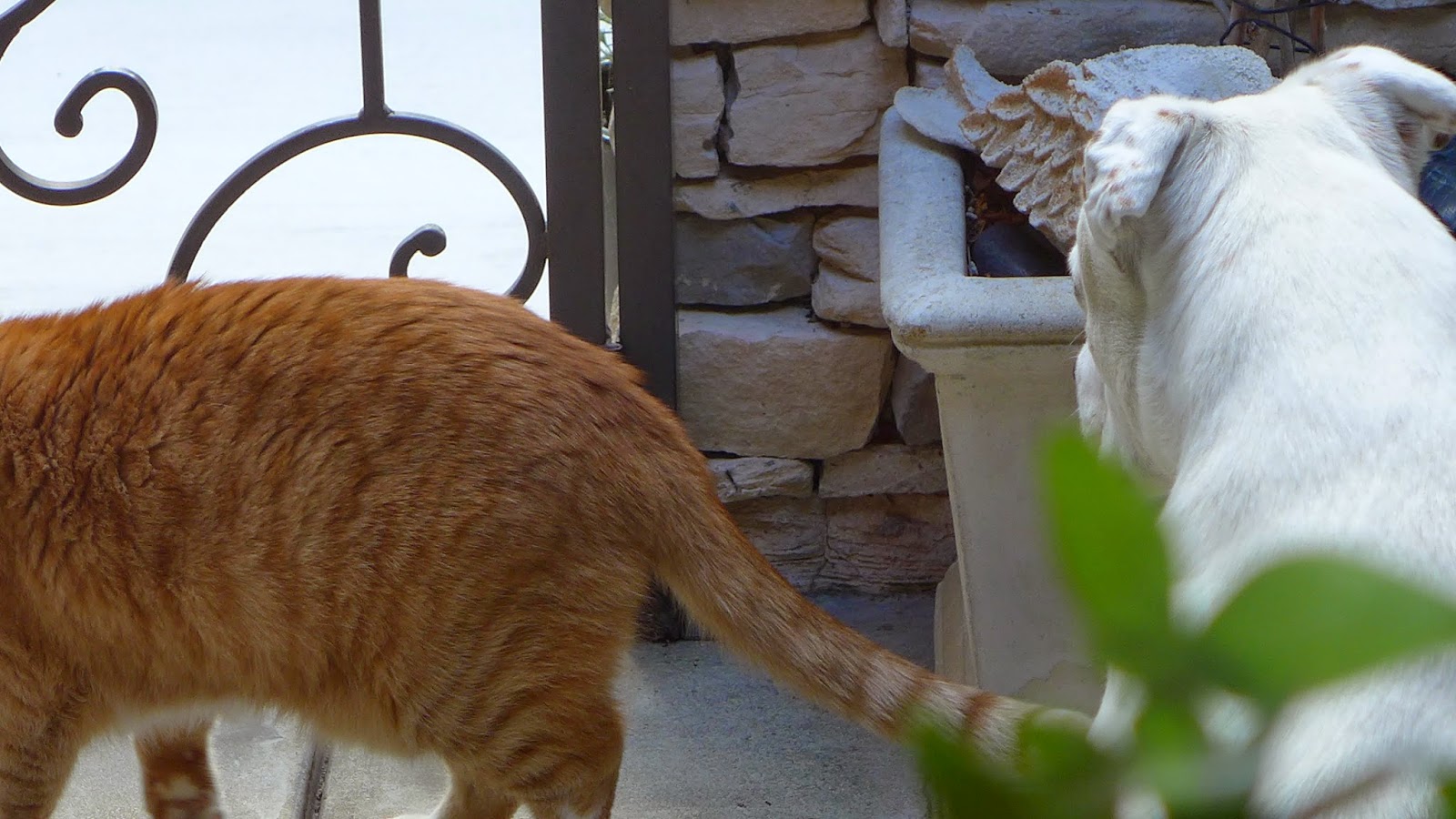 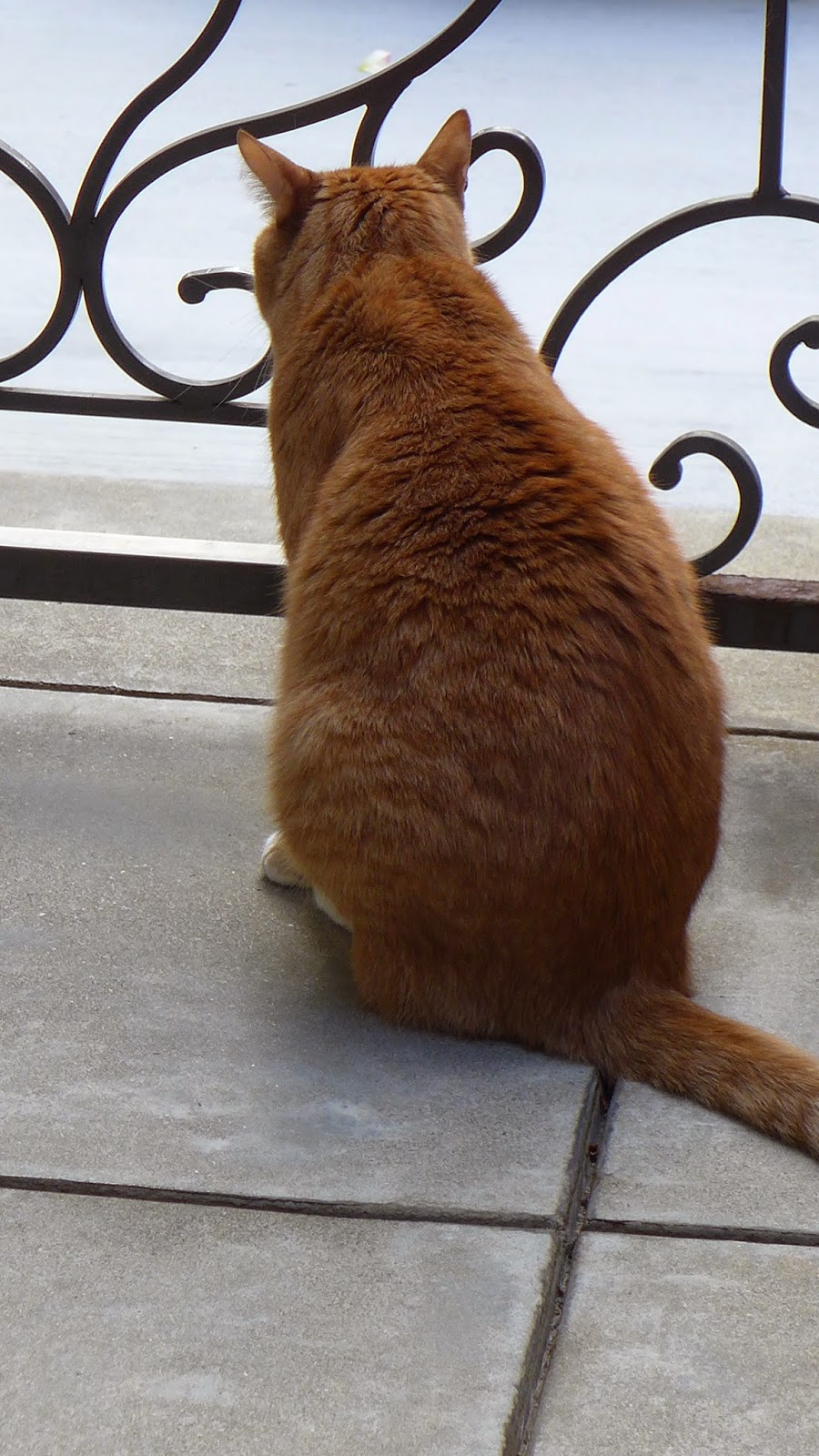 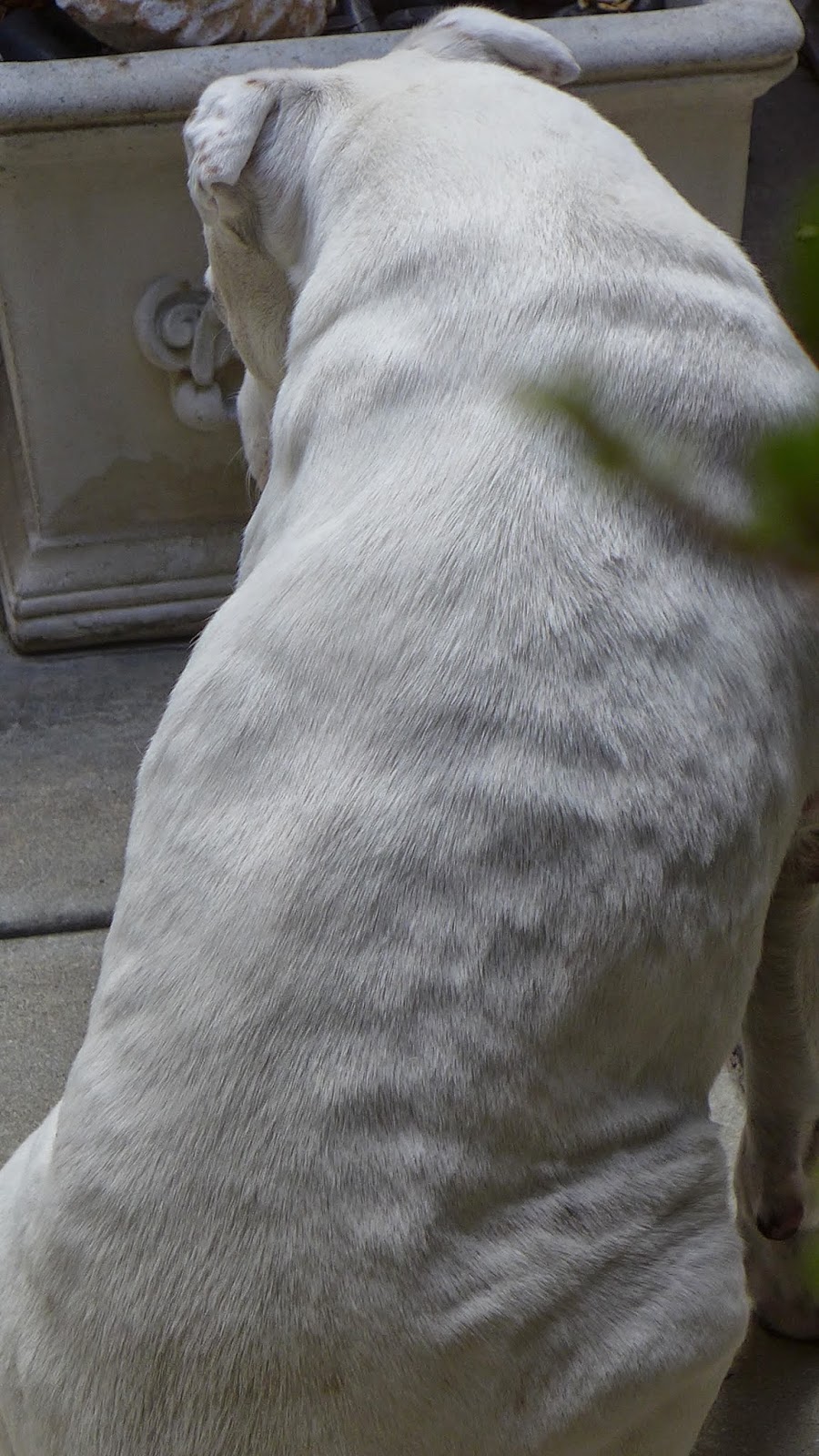 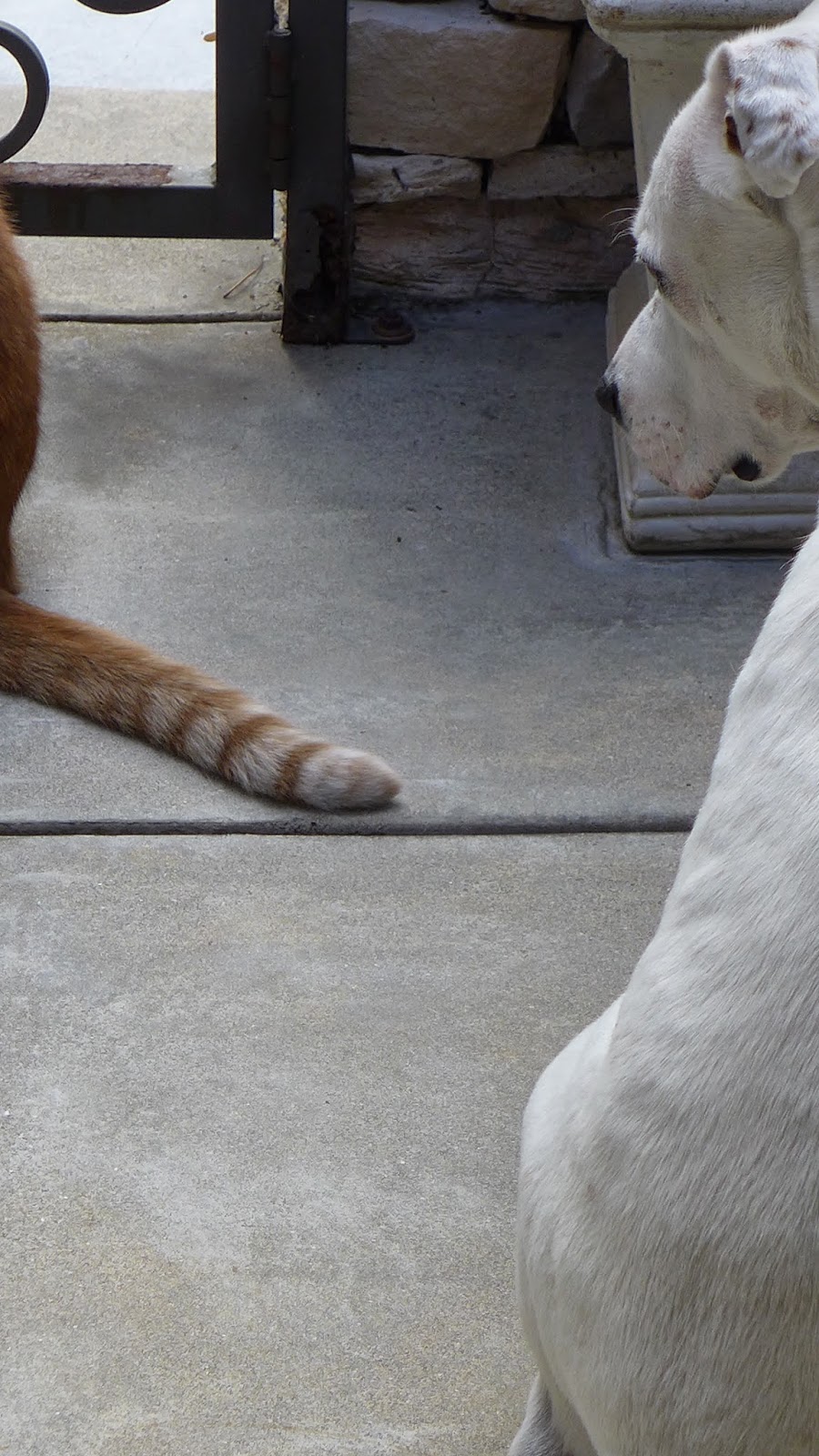 And Milo let him.

It reminded me of some very profound words ...

“But to you who are willing to listen, I say, love your enemies! Do good to those who hate you. Bless those who curse you. Pray for those who hurt you. If someone slaps you on one cheek, offer the other cheek also. If someone demands your coat, offer your shirt also. Give to anyone who asks; and when things are taken away from you, don’t try to get them back. Do to others as you would like them to do to you.

“Love your enemies! Do good to them. Lend to them without expecting to be repaid. Then your reward from heaven will be very great, and you will truly be acting as children of the Most High, for he is kind to those who are unthankful and wicked. You must be compassionate, just as your Father is compassionate.