The best Christmas gift ever

I received some amazing Christmas gifts this year. What made the gifts special is that they had meaning and the people who gave them to me 'get' who I am and what I like. I love getting gifts from the heart. 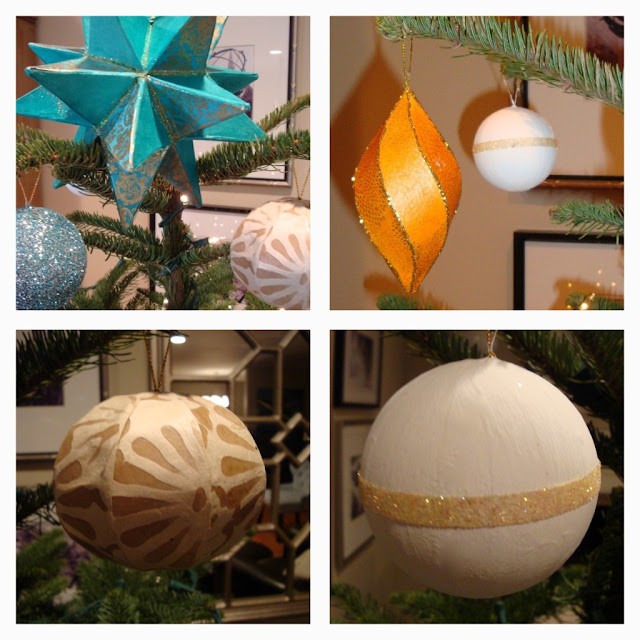 My daughter who is a college student made me some Christmas ornaments in the colors that I decorated with this year (turquoise and orange). Each one of them is a work of art. She hung them on the tree early Christmas morning to dress it up, and our little tree with no ornaments was sparkling with her creativity - beautiful! 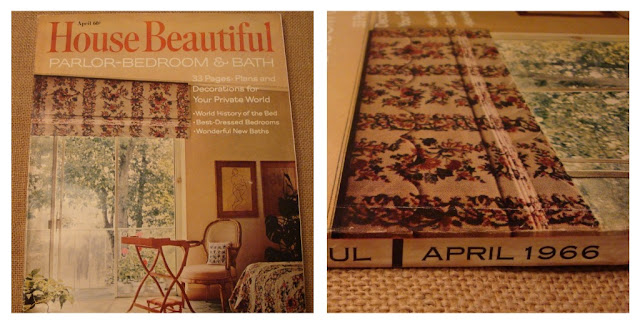 My newly married daughter found an old House Beautiful magazine from April 1966. How clever of a gift and what fun it will be to look through that! I flipped through it a little this morning and a couple of the bathroom remodels could be current today! I love that it says, parlor... what an old term.
I love receiving gifts and giving gifts; it is fun, and a nice way to show people we love that they are special to us. But there is another gift that we celebrate at Christmas that is really the most important gift. And that is the gift of Jesus. I thought I would share with you a very cute and true story that explains in a very beautiful way this gift that we celebrate on Christmas. It will be my gift to you!
A few years ago I read a book by Max Lucado. In the book, Max tells a cute story about his nine-year-old daughter, Sara and her pet hamster, Fred. It seems that one afternoon while his wife was away and he was in charge, his daughter let Fred run up and down the piano keyboard. "I don't know what Denalyn (his wife) would have thought about a hamster on her new piano, but she wasn't home. Besides, I was presiding over the affair in fine fatherly fashion, stretched out on the couch," Max admitted. Fred seemed to be having fun and so were they. He continues, "Sara and I got a good giggle out of Fred's wind sprints. He brought new meaning to 'tickling the ivories'. But after several dashes, all three of us were a bit tired. So sara set Fred where you place the sheet music. I closed my eyes and Sara, just for a moment, stepped away from the piano. Just a moment was all Fred needed to get into trouble."
Max continues, "To understand what happened next, you need to know that our piano is one of the horizontal versions. Had the piano been of the upright sort, Fred would have been safe. But the lid was open and Sara was distracted and I was dozing off when Fred decided to peer over the edge. I opened my eyes just in time to see him tumble into a pool of piano strings and hammers. Sara and I both sprang into action, but it was too late. Our little friend was not only inside the instrument, he was under the strings. We could see his furry back rubbing against the wires as he ran back and forth looking for a way to escape. Fred was trapped.
They were stumped trying to figure out a way to get him out. They tried nudging him. They wedged their fingers between the wires and tried to coax him toward the opening. It didn't work. He ran to the opposite direction and disappeared into a corner. They couldn't see him. They held a lamp over the piano and still they couldn't see him. They tried flashlights and they still couldn't see him. "Coaxing didn't work," says Max.
Next, they tried to call him out of hiding. Nothing worked. Coaxing didn't work. Calling didn't work. They tried playing the piano and that didn't work. The only thing left to do was to dismantle the piano. Max actually tried to do this! He took out a screwdriver and looked for a place to start, but he couldn't find one. The frame had no bolts and the keyboard had no screws. He figured out how to remove a pedal but that wasn't much help.
After they had tried everything possible, Max said to his daughter, "If one of us could become a hamster, we could go in and show Fred the way out." He was joking of course but this is when he realized, Isn't that what God did for us? God became a baby. He entered a world, not of piano strings and hammers, but a world of problems and heartaches. "The Word became human and lived here on earth among us. He was full of unfailing love and faithfulness" (John 1:4 NLT). He lived among us. He became a friend of the sinner and brother of the poor. He touched their sores and felt their tears and paid for their mistakes. And to us all, and to all the frightened Freds of the world, he shared the same message. "Don't let your hearts be troubled. Trust in God and trust in me ... I will come back and take you to be with me so that you may be where I am"(John 14:1,3).
And Max finishes his story - "Oh, you might wonder whatever happened to Fred. Well he finally made his way back to the place where he fell in. He looked up. And when he did, Sara was there. He lifted his head just high enough so that she could reach in and lift him out. Which is exactly what God will do for you."
"For God so loved the world that he gave his one and only Son that whoever believes in him shall not perish but have eternal life." (John 3:16)
Note: I have taken the liberty to share this story with you, but you can read the entire story for yourself in the last chapter of Max Lucado's, When Christ Comes.
Posted by Unknown

Oh my gosh. I wish I was born into your family. Your daughter's ornaments are absolutely incredible. I see an Etsy site coming to fruition. Get on it ok? I want some ornaments!