We have a new neighbor. The house they are moving into was owned by a lovely couple who lived there while our kids were growing up but then they retired and moved away. It has been vacant for a very long time and the other day I heard that it had finally sold and that a new family was moving in. 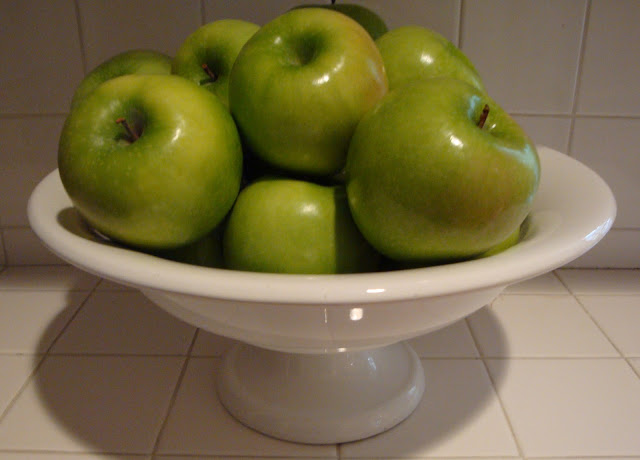 I wanted to welcome them and introduce myself and I heard that they were moving in today. The day that we moved into our house my husband's aunt came over with a basket of goodies. She had put in the basket an old-fashioned glass jar that was filled with chicken salad. There were rolls plates and napkins and I can't remember what else but I have never forgotten how incredibly nice it was. I wanted to be thoughtful like that and so I decided to make an apple crisp for their move-in day. I could picture them working and unpacking and going in the kitchen for a treat of this great apple crisp and feeling blessed. 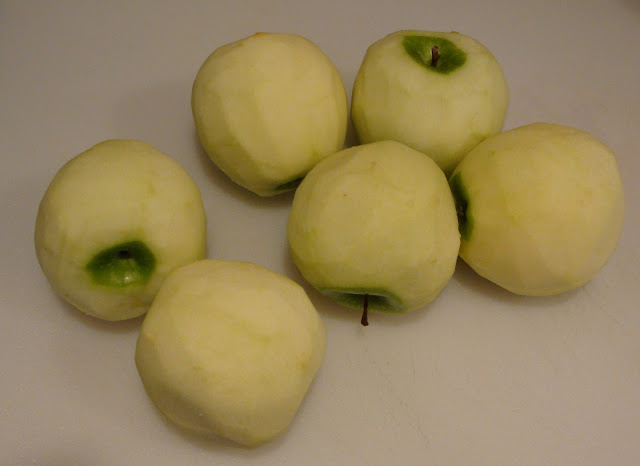 The recipe is super easy and needs just a few ingredients most of which I usually have on hand. The first thing you will need to do is peel and slice about 5 or 6 Granny Smith apples. About 4 cups of sliced apples. I vary the amount depending on the dish I am baking it in. 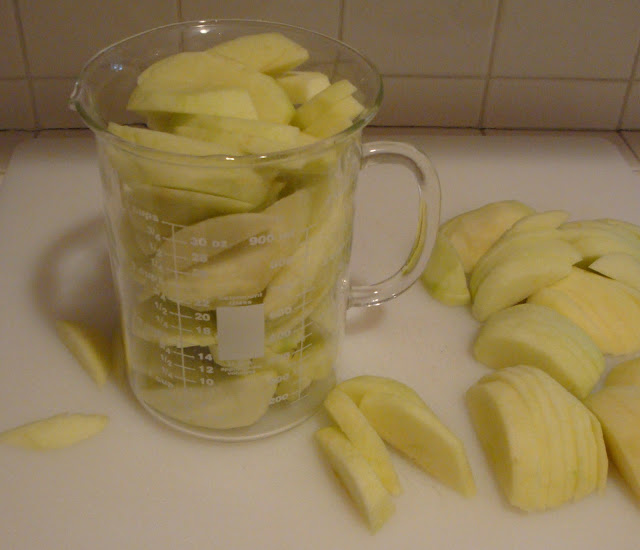 After you put the sliced apples in a cooking dish you need to make the topping. I am going to give you the actual recipe amounts but you have to know that when I bake, I change things up a bit and for this recipe, I always double the topping. Honestly, that is the best part and otherwise we always just have apples left because everyone eats the topping first. 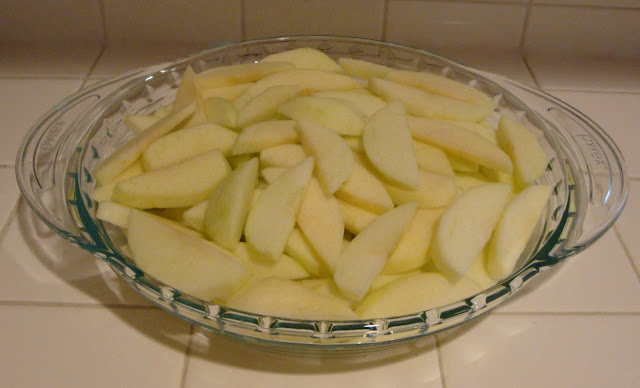 Mix the dry ingredients together and then add to the mixture 1/3 cup of melted butter. 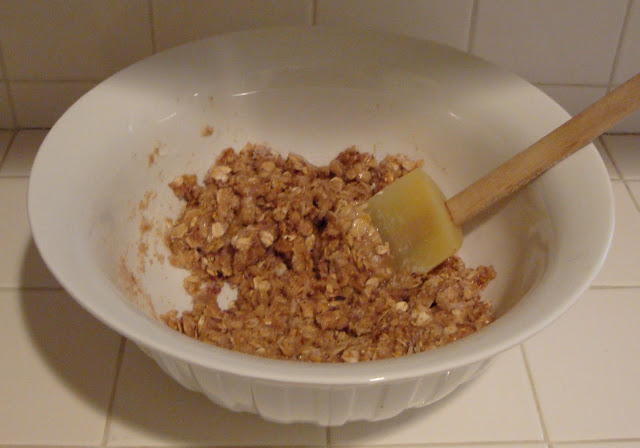 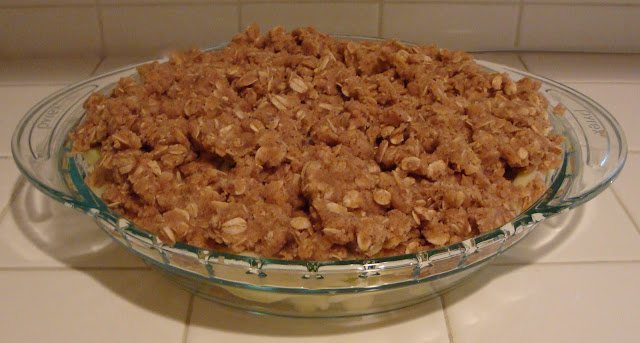 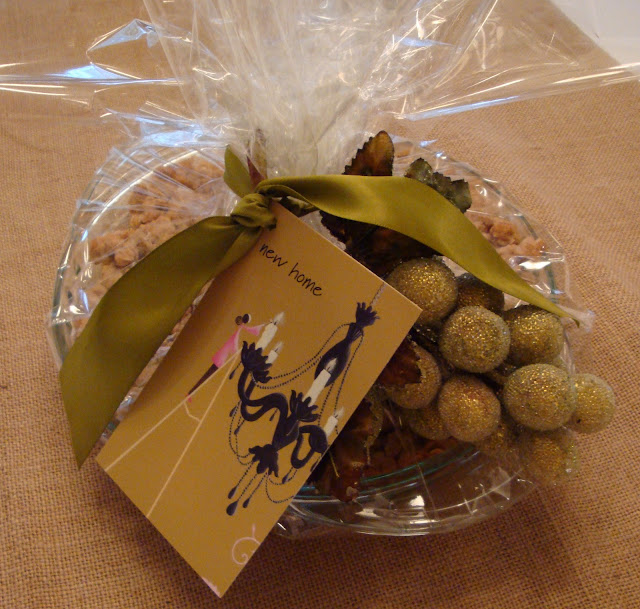 After the apple crisp was finished baking and had cooled, I wrapped it up in cellophane and added a little tag that said, "welcome..." and took it over. When I was at the store picking up the apples I also bought an inexpensive pyrex pie dish so that they can keep the dish and not have to return it. I have done this before and I like to include the recipe with a note that tells them they can keep the dish for the next time they want to make one of their own ... but I was in a huge hurry today and I forgot to add the note or the recipe. Earlier in the day my daughter had seen the owner standing out in front and I wanted to make sure I caught her while she was still at the house. I imagined them going back and forth making trips from their old house and wasn't sure how long she would be there. So I was trying to hurry (picture me writing the card so fast that I had to start over and ended up cutting up the card and turning it into a tag) and then finally everything was ready and I rushed over, excited to share my gift only to find just workmen at the house.  As it turns out they are not moving in right away; there are renovations that need to be done first. You have to laugh, right?
Posted by Unknown

Oh my gosh, you are a lovely neighbor! I would be so excited to receive this!!

Too funny!!! Now you will have a nice dessert tonight, just go get some Trader Joe's ice cream and you are all set. Thanks for sharing the recipe, I look forward to trying it!